FX-Audio DAC-X6 MKII review – Is This A New Budget King? 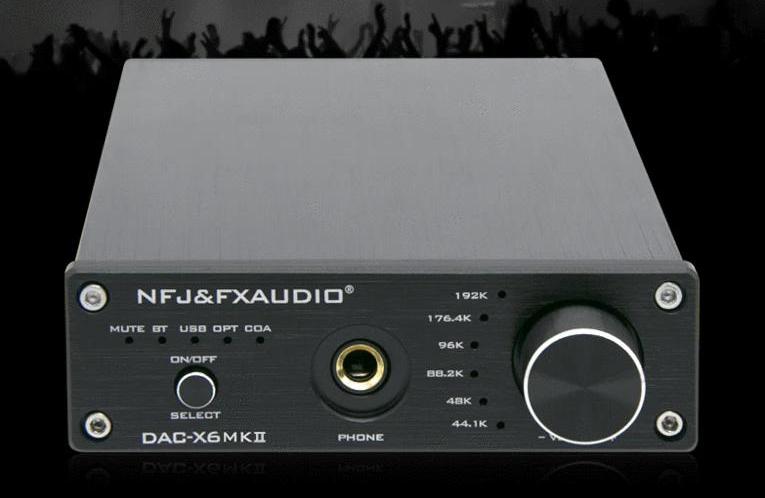 FX-Audio DAC-X6 MKII review – Is This A New Budget King?

FX-Audio established its name by making products with a great performance to price ratio. Original DAC-X6 was such a product. It bundled capable Cirrus Logic DAC with a powerful headphone amp that helped X6 get great scores in most reviews, including my own iiWi review. Great build and low price just added to it and made it one of the easiest recommendations in a sub $100 category. But now, FX-Audio released its successor. MKII version comes with quite a few changes.

The first of them is a move to a Sabre ESS9018 DAC chip. The next one is the added Bluetooth connectivity that the original X6 didn’t possess. All the usual digital inputs are present too. To cut things short, here’s the full list of features:

FX-Audio DAC-X6 MKII follows the suite of its predecessor by using a sturdy aluminum case with a brushed finish. It grew in size, however, probably to accommodate the new BT feature. Given the asking price, I’m still as impressed with the build as I was with the original one.

Controls function as you’d expect them to. There’s one button on the front that doubles as a power button and input selector. A volume knob has a click too and that’s reserved for the mute function. Worth noticing is the fact that volume is being simultaneously controlled at both headphone and RCA output.

I fired the DAC-X6 MKII up, hooked my Hifimans to it, and started listening. New, Sabre-based circuitry treated me with a clean and crisp sound. The bass is going deep but is firmly controlled and has a good kick, just the way I like it. Instruments have crisp leading edges and transients strike with vigor, which makes for an exciting listen. Vocals are prominent and present, filled with texture and details. The highest region is rendered in a similar fashion, with plenty of energy and clarity.

Layering is good and the sound-stage is respectably wide, but the upfront presentation doesn’t convey much depth. That’s perfectly fine in my book as no device near this price can’t really do much stage depth either.

If there’s anything to complain about, it’s a slight midrange dryness, meaning that both instruments and vocals could’ve done with a bit more body and tone decay. But this gets obvious only if you compare it to more expensive gear. On its own, and for its price, DAX X6 MKII is a stunningly capable performer.

To put it simply, it’s just not suited for it. There’s noticeable background hiss when sensitive in-ears like Kinera Freya are hooked up. Sound quality remains great, and you can sure use it for it if needed, but the hiss will be clearly noticeable in silent passages.

Switching to a BT connection proved it is a well-implemented option. My phone connected quickly and streamed music without interruptions. Sound fidelity took a step back which is to be expected with any Bluetooth connection really. The overall dynamics, level of details, and control still remained at a satisfactorily high level for me to casually enjoy a few tracks. That said, Bluetooth is a convenience over fidelity affair and given a chance I’d always choose a wired connection for its higher sound quality.

There’s really not much competition around 80 bucks. Aiyima T5 comes to mind but it’s more expensive and not as good sounding (sorry T5 but your grades have just been revised to reflect this).

Dongles such as Dragonfly Black and Lusya Fever can’t compete in terms of bass control and kick, as well as overall dynamics of the sound. DAC X6 handles the kind of power that’s simply not available with these portable options. That said, Lusya Fever is still an insanely capable little DAC for its price and its intended purpose.

Compare X6’s line-outs to something like Topping E30 and the latter shows a bit more tone richness and subtlety. DAC X6 is a bit rough around the edges but not that far behind really.

Fiio K5 pro offers a warmer baseline and softer presentation in general. Some might prefer that to a caffeinated DAC X6’s approach, but X6 does kick harder in terms of dynamics, bass control, and transients clarity.

The original was a budget jewel I recommended to many entry-level audiophiles with a limited budget. FX-Audio DAC-X6 MKII version builds upon that to offer an even more resolving and exciting listen, and as if it wasn’t enough it threw Bluetooth into the mix too. All of this means my usual recommendation will not change much – just adding MKII at the end of it. 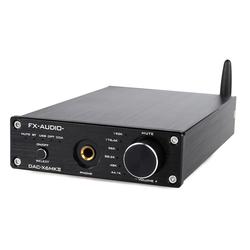