EarMen Tradutto – Is This The Best DAC below 1000 USD? 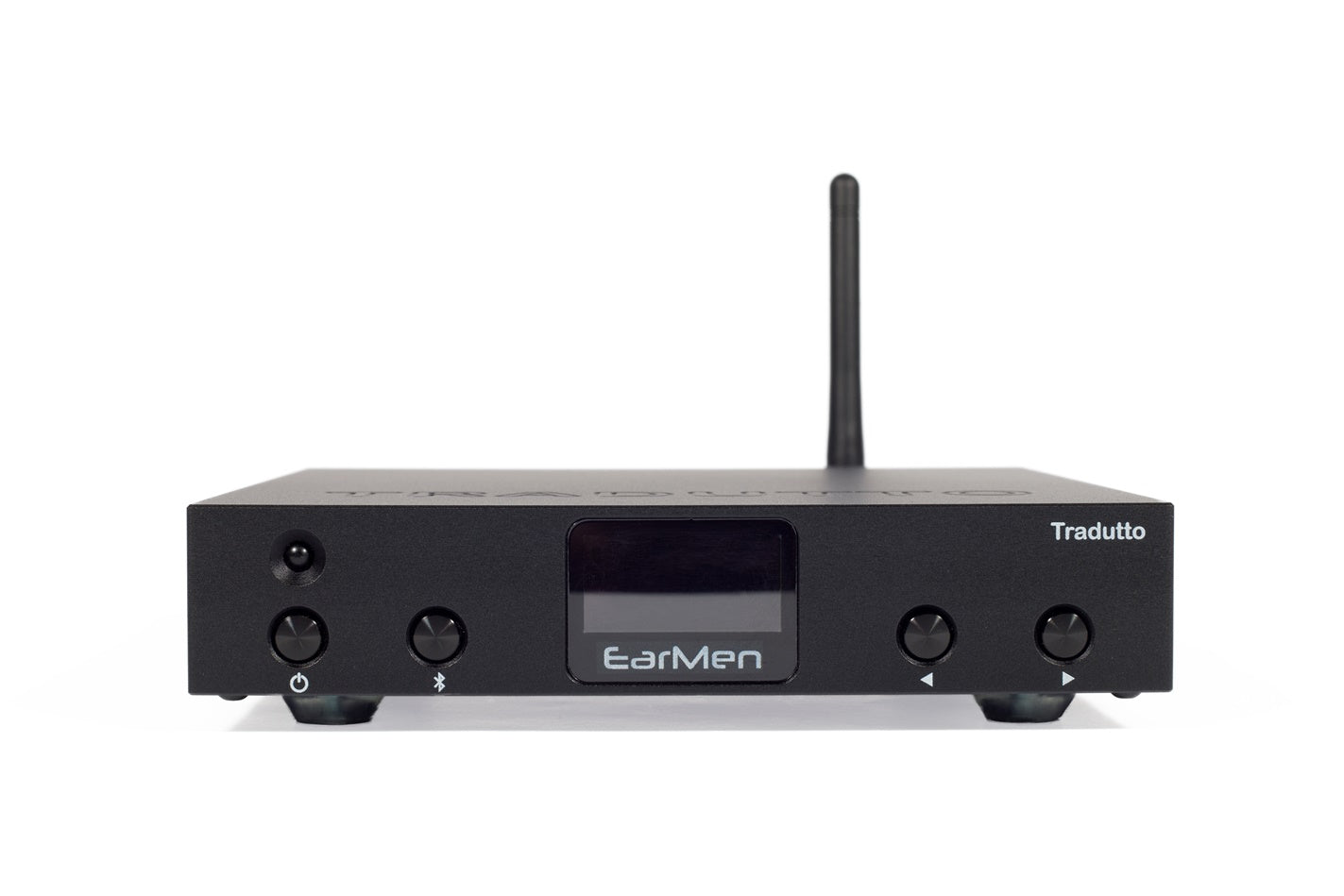 EarMen Tradutto – Is This The Best DAC below 1000 USD?

EarMen Tradutto is the latest addition to EarMen’s DAC series and at the same time the most expensive one. The newly established brand quickly proved itself as being able to produce great bang for the buck products, with the likes of TR-Amp and Sparrow. However, at this price point, Tradutto finds itself among the much tougher competition and some truly capable DACs coming from the east. So let’s dive in and see if it has what it needs to be competitive in this crowded market.

EarMen Tradutto is based around the Sabre DAC chip, specifically speaking around the ES9038Q2M. Pair that with a powerful XMOS XU216 processor and you get support for any modern audio format you can think of. That included extremely high-resolution files that you’ll never use such as PCM up to 32bit/768kHz and DSD512. The next format is something that concerns only Tidal users, the infamous MQA unfolding. This lossy compression algorithm is present in its fullest form, meaning that it gets hardware decoded, and rendered, in the device. Qualcomm’s BlueTooth QCC5124 supports Bluetooth 5.1 and a plethora of protocols that you can find listed in the spec table at the end of the review.

Tradutto is built like a tank. Most of its case is machined out of one solid piece of aluminium, filled with electronics, and closed from the bottom. The result is a very sturdy and heavy product with a true premium feel. On the back of the unit, you’ll find USB, optical, and coaxial digital inputs, which is a nice but quite usual combination. Looking at analog outputs, we can see a set of RCAs for single-ended connection, but there is a balanced out too. Due to the small form factor, a 4.4 mm Pentaccon connector is used for the balanced output. This solution is much more common with portable devices, where desktop DACs usually use more robust XLR connectors. I have to say that I’m not a fan of this decision, as I have three high-quality XLR cables that I use with other devices, but I can’t use either of them without the adapter. This small niggle aside, everything else is up to the highest standard, including a small remote that is again made completely out of aluminium, feels sturdy, and comes with a rechargeable battery. You can do this by using any phone charger lying around – neat.

Finally, it’s important to mention that Tradutto is a good old DAC with a fixed line-out signal level. Meaning there is no volume attenuation of any kind. This spartan approach continues with the fact that there are no digital filters that you can choose from. The only thing you can do is turn it on, connect it to a good integrated amp or a preamp, and listen. I encourage you to do that, because everything it lacks regarding features, Tradutto more than compensates with its sound.

I disconnected my daily driver Denafrips Ares II and inserted EarMen Tradutto instead. Feeding it with a clean digital signal from Pi2AES streamer, I hooked it to my Hegel H90 integrated amp and KEF LS50 speakers. Later on, I also tried it with a pricier Acoustic Invader preamp and amp combination, and in my headphone rig too.

No matter what I connected it to, EarMen Tradutto proved to be a skilled performer with a very mature sound signature. Details are there, and you’ll quite easily pick up all of these small audiophile traits. For example, when the mic turns on so the space fills with that sensation of air. When the singer’s lips open, or when a guitar player moves his fingers across the strings slightly, it’s all there. Edges of notes are crisp and energetic too, so string plucks sound realistic and well defined. But those details are never put in front of the tone as a whole. Each tone, be that the vocal or any of the instruments, sounds full-bodied and with a realistic weight to it. Starting with the bassline, it is deep, dense, and punchy. Control is really good too, so bass hits hard but it has real energy and kick to it. Drums sound gloriously present and impactful, the way I have yet to hear from any other DAC at this price point. Move to the midrange, and it offers a really masterful combination of full-bodied and clear presentation. Vocals sound very present and almost palpable in the room, like with no other Delta-Sigma DAC at this price.

Talking about spatial skills, Tradutto is no slouch. Soundstage is not the widest and tallest I’ve heard, but it’s more than decent, and only the best of sub one thousand DACs can actually do this better. Depth on the other hand is as good as it gets in this category. All the tones in the mix are well separated and have plenty of room to breathe. Background darkness is substantial, and only enhances this sense of space. If something is recorded to sound upfront, such as lead vocals, for example, it will sound truly present in your room. But when more subtlety and finesse are required to place tiny background tones and spatial cues deeper into the soundstage, it will do that skillfully too.

A final thing to discuss here would be dynamics. Fortunately, good impressions are continued on this front too. EarMen Tradutto is probably the most dynamic sounding DAC that I’ve tried in my system so far. There’s an almost addictive kick and slam in the bassline that makes everything come alive. But it’s not only about the bass, sudden string plucks for example sound very energetic and bold too. At the same time, the highest frequencies are detailed but never dominant or harsh sounding, which makes for an addictively lively and pleasant sound signature. This works well with all music genres, but play some upbeat songs such as Boogie Shred by Mike Dawes, and I dare you to keep yourself from tapping your foot. If you’re an EDM fan, you might try something like A Glimpse of Hope by Kryptic Minds to find out just how much energy can Tradutto bring to these kinds of songs.

Gustard X18 is another very capable DAC that costs basically the same. This one offers more tonal neutrality, crisper edges, and a quicker but leaner bassline. I guess you could say that X18 sounds flatter, both in terms of tonality, but also when it comes to the dynamics. Tradutto on the other hand sounds generally fuller, with more bass weight and density. The midrange is presented in a fuller manner too, but with somewhat softer edges. Both separate instruments and layer them exceptionally well. I feel that X18 offers a slightly taller and more airy soundstage, while Tradutto counters with more physically present and palpable tones.

Objectively, I find them to perform at the same level, but with a different set of qualities. I also find it lame when reviewers are all political and hide their own preferences, so I’ll share mine. As much as I appreciate Gustard’s technical presentation, I kept preferring Tradutto’s more musical and fun approach. You might not feel the same way and that’s perfectly fine. We all have a different set of ears and different systems for that matter, and system matching is not to be taken lightly.

I’ll not go into features and connectivity because you can see that for yourself. But yeah, Gustard is a more accomplished one on this front.

Denafrips Ares II is my long-standing champion and also a DAC that I’ve been personally using for more than a year now. Am I biased in this comparison, you bet I am. You can’t listen to something for that long and not get accustomed to its sound. That said, Tradutto is the first DAC that made me seriously consider switching. Its bassline has weight and kick that Ares II simply can’t match. Because of that, electronic music sounds better and more engaging with the newcomer. Tones are generally more defined with EarMen, and often more energetic too. Listening to Yello, Infected Mushroom, or Billie Eilish, I was almost sure that I will return cash instead of this review unit to the manufacturer. But when I switched to some slower acoustic tunes such as Laura Fygi, Gillian Welch, or Tom Waits, I once again realized why I love Ares II. Yes, it’s not as precise and as defined, edges are slightly soft and some tiny details are hazed… but that is all put in an even wider and airer soundstage. Vocals and acoustic instruments have richer timbre and sound so natural and effortless the way that no Sigma Delta DAC can truly match.

I kept switching different music genres and kept preferring one or the other DAC in that process. This was more difficult than I wanted it to be. Finally, I’ve decided that there is basically no winner between them. I feel that Tradutto is universally speaking more accomplished DAC, and will sound more fun with a wider range of music. That said, those slow acoustic tunes that Ares II excels in are my favorite, that’s the music I’m listening to eighty percent of the time. So combining my personal preferences and the fact that Ares II has full-grown XLR connections, I’ve decided to keep it one more time. But I tell you, most of the time I spend testing it I was seriously considering purchasing it for myself.

With Tradutto here, EarMen proved that it’s not only capable of making a good budget product for a couple of hundreds of bucks, but it’s actually capable of producing a class-leading sub one thousand dollars product. This is the most musical and most fun-sounding Delta-Sigma DAC that I’ve heard so far at this price point. I feel it simply strikes a great balance that will appeal to most audiophiles. Highly recommended. 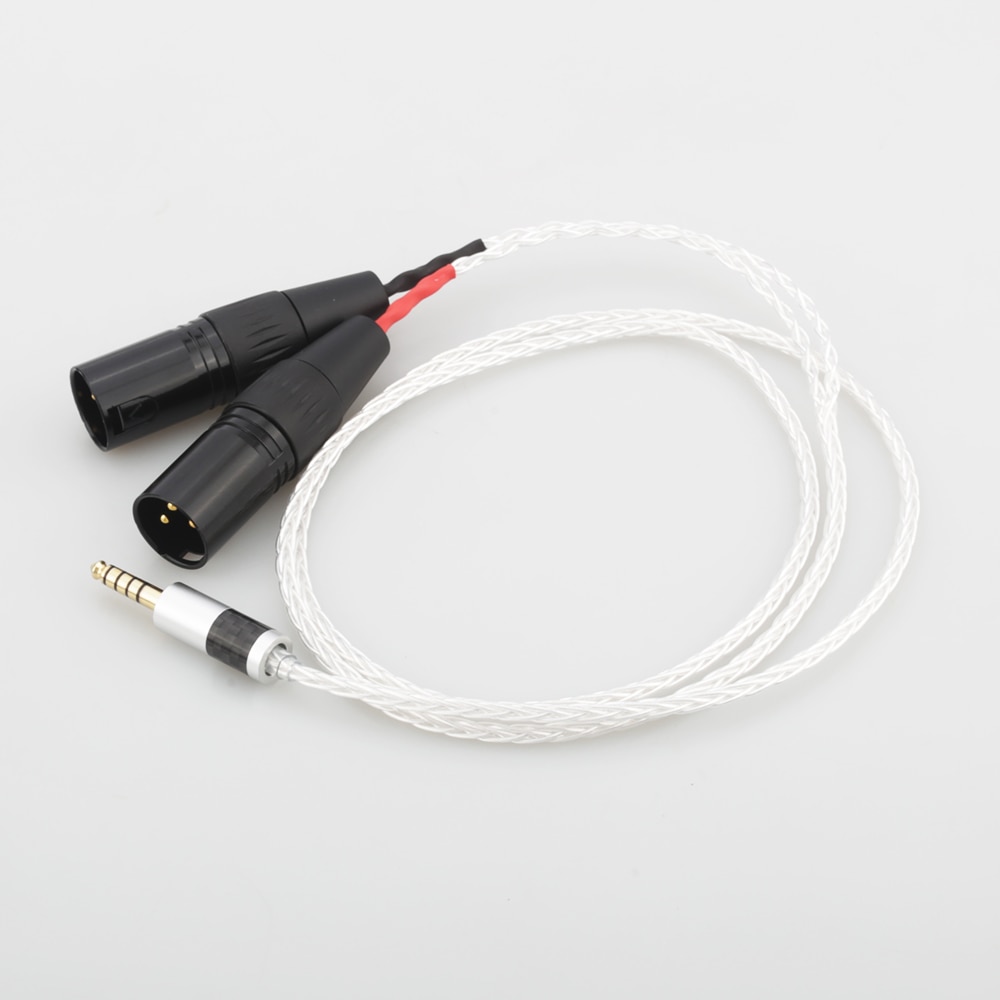