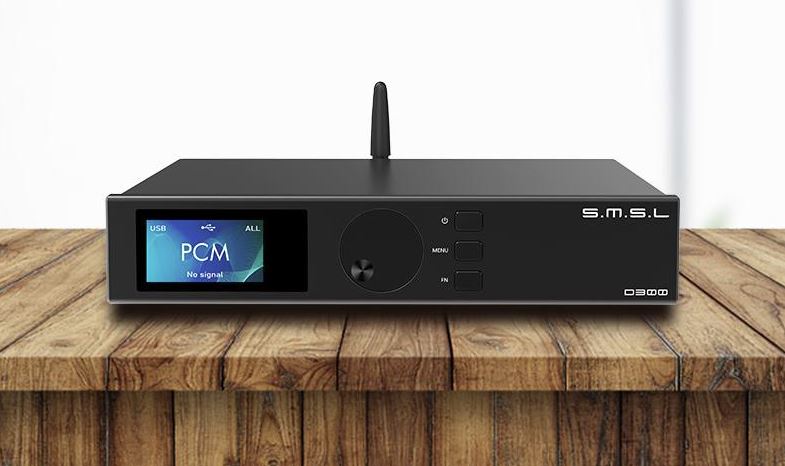 SMSL D300 is the latest in the SMSL’s prolific lineup of D/A converters. With the asking price of 399 dollars, it falls somewhere in the lower midrange of the offering. But unlike many other DACs on the market today, D300 has an ace up its sleeve. Keep reading to find more about it, and does it really differentiate this product from others when it comes to real use.

In the heart of the SMSL D300 lies a rather rare Rohm’s BD34301EKV DAC chip. Produced in Japan, this D/A converter was previously used only in pricier products such as Luxman’s DACs for example. Other than that, D300 comes with a usual XMOS XU-208 USB processor. Together, these offer rich file support going all the way up to 32 bit / 768 kHz PCM decoding, and DSD512. Wireless connection is also supported by Qualcomm’s Bluetooth chip. But all this and more tech specs can be found in the table at the end of this article.

Talking about physical connectivity, we get USB, optical, and coaxial digital inputs. On the analog side of things, both single-ended and balanced outputs are provided. Each of these outputs supports fixed level output as well as variable one, meaning that you can hook D300 directly to a power amp if you wish to do so. A dedicated preamp circuitry in between would still yield sonic benefits though.

The whole unit is built out of metal, but SMSL opted for somewhat thinner sheets compared to most of their other DACs. I can only imagine that using a more expensive DAC chip means that cost had to be kept in check elsewhere. However, the user experience is not compromised in any way and the front panel looks as good as ever. A newly designed wheel, which has a nice clicky feeling while rotated, serves as a multifunctional wheel for volume adjustment, and navigation when you enter the menu. Finally, the remote control has been redesigned too, using higher quality matt plastic and tactile buttons. This is definitely an upgrade compared to the older design.

I’ve first tried D300 in my headphone setup, paired with several different headphone amps, including Topping A30 Pro and xDuoo TA-26 paired with various headphones. Eventually, I moved it to my room setup to fully access the soundstaging capabilities. There it was connected to the Hegel H90 amp, as well as the Acoustic Invader preamp and amp combo, with KEF LS50 speakers. The DAC itself was fed with the Pi2AES digital streamer.

The first impression I had of SMSL D300’s sonic signature was how soft and unforced it sounds. Forget about any sort of harshness, edginess, or high-frequency glare, none of these are present here. The bassline is informative and present but doesn’t offer much in terms of kick and slam. There’s just a hint of bloom in the upper bass region that makes everything sound warm and cozy. That effect is truly subtle and one would never call D300’s bassline slow or bloated. On contrary, it’s there in just the right amount, and I find that many people actually prefer this to a dead neutral and strict bassline. Vocals are rendered quite naturally, with the same kind of softness but not lacking in details and texture. But if you’re looking for the DAC with the sharpest edges and quickest transients, this is not it. Many Sabre DACs, including the SMSL’s own DA-9, will emphasize those details more and will sound crisper, but they won’t match D300’s natural tone timbre. In the highest spectrum, there’s plenty of air, and this DAC is capable of conveying atmosphere from the recording studio just nicely. The tiniest details are once again not the main focus here, but that’s the exact reason why many will love this effortlessly natural presentation.

Moving the talk to the recreation of the space, D300 keeps performing at a high level. The soundstage is wide and airy, while instruments within are well separated and with plenty of room to breathe. The depth of the soundstage is not as pronounced as the width, but it’s also not any worse than most DACs at this price point are capable of delivering.

Finally, dynamics are not something that SMSL D300 excels at. Big dynamic swings are delivered in a pleasant but somewhat mild manner. Bassline politeness only adds to that feeling. So if you listen to a lot of electronic music with punchy beats, or you simply like your tunes to shake you in your seat, this might not suit your needs. But for any vocal music, including blues, jazz, indie rock, etc. this might be one of the most natural-sounding DACs that you’ll find around this price point.

SMSL SU-9 is priced almost the same but offers punchier sound, especially the bassline. Edges are crisper and transients are quicker. But is it truly better? Well, it sure doesn’t sound as rich as D300 when it comes to the midrange fullness and the overall tone timbre. Listen to a vocal and a saxophone, and there’s just something that makes D300 sound more lifelike and natural, less thin and digital if you want. So here we have a stand-off where each DAC does its own thing better, but losses in some other areas. Which one is better, I can’t even answer that for myself, let alone advise you about it. I guess you’ll just have to decide what you find more important.

The same is basically true for the variations of SU-9 such as SU-9n, and SU-8s.

Topping D30 Pro is another midranger with a very similar tonality to D300. Topping’s champion is also big on milder and fuller tonality. That said, D30 Pro offers a weightier bassline, while the midrange tends to sound a bit recessed in direct comparison to D300. The soundstage of the D30 Pro is somewhat deeper, but also slightly narrower and less airy. This is again a tough call really. None of these DACs is perfectly natural, and both prioritize tone timbre to maximal transparency and crispiness. Those differences in the way they handle bassline, midrange, and soundstage are the main differentiators. I personally might have found D30 Pro a touch more fun to listen to because of the meatier bassline, but you might feel differently.

SMSL D300 is a fine addition to the SMSL’s line of reasonably priced DACs. It’s a fine addition to the whole market really, as there are much more Sabre and AK DACs pushing these modern, detail-oriented, and leaner sound signatures. SMSL D300 on the other hand joins a small group of tone-first DACs, together with the likes of Topping D30 Pro and Schiit Modi Multibit. And having one more flavor to choose from is always a good thing in my book. 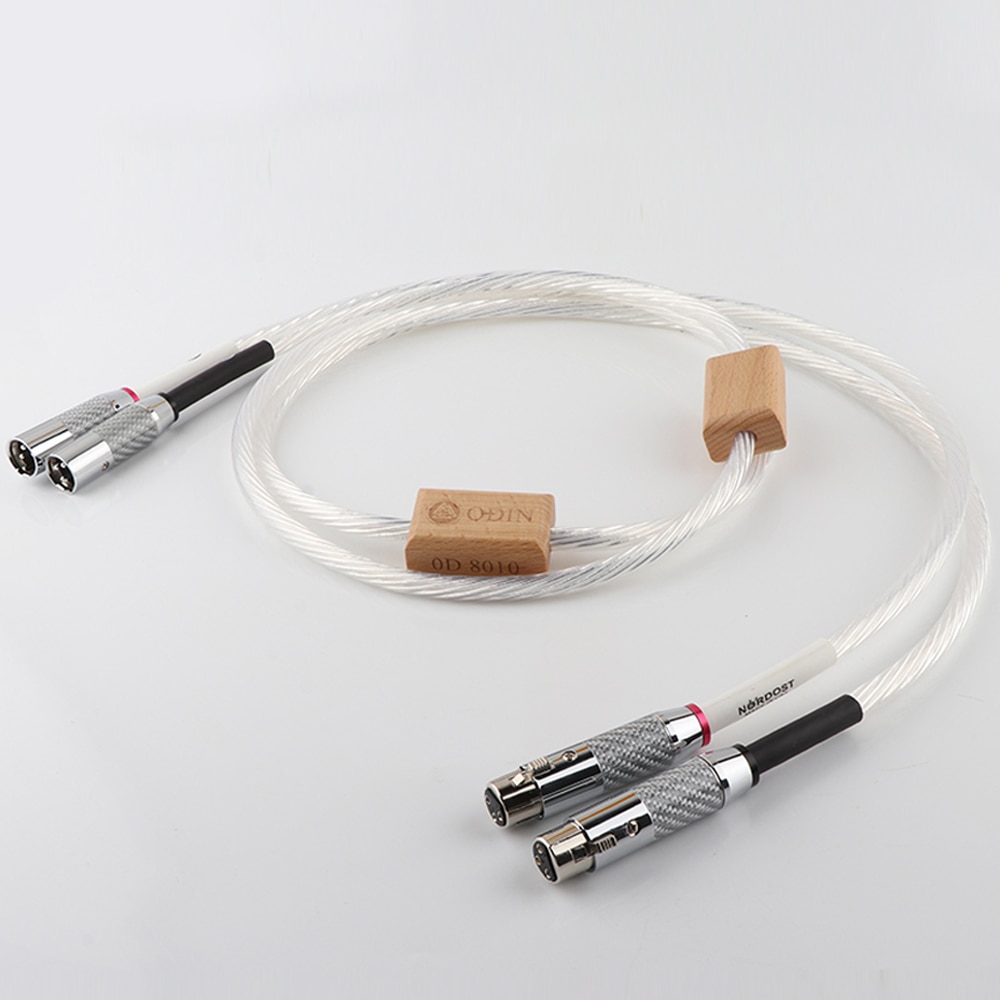