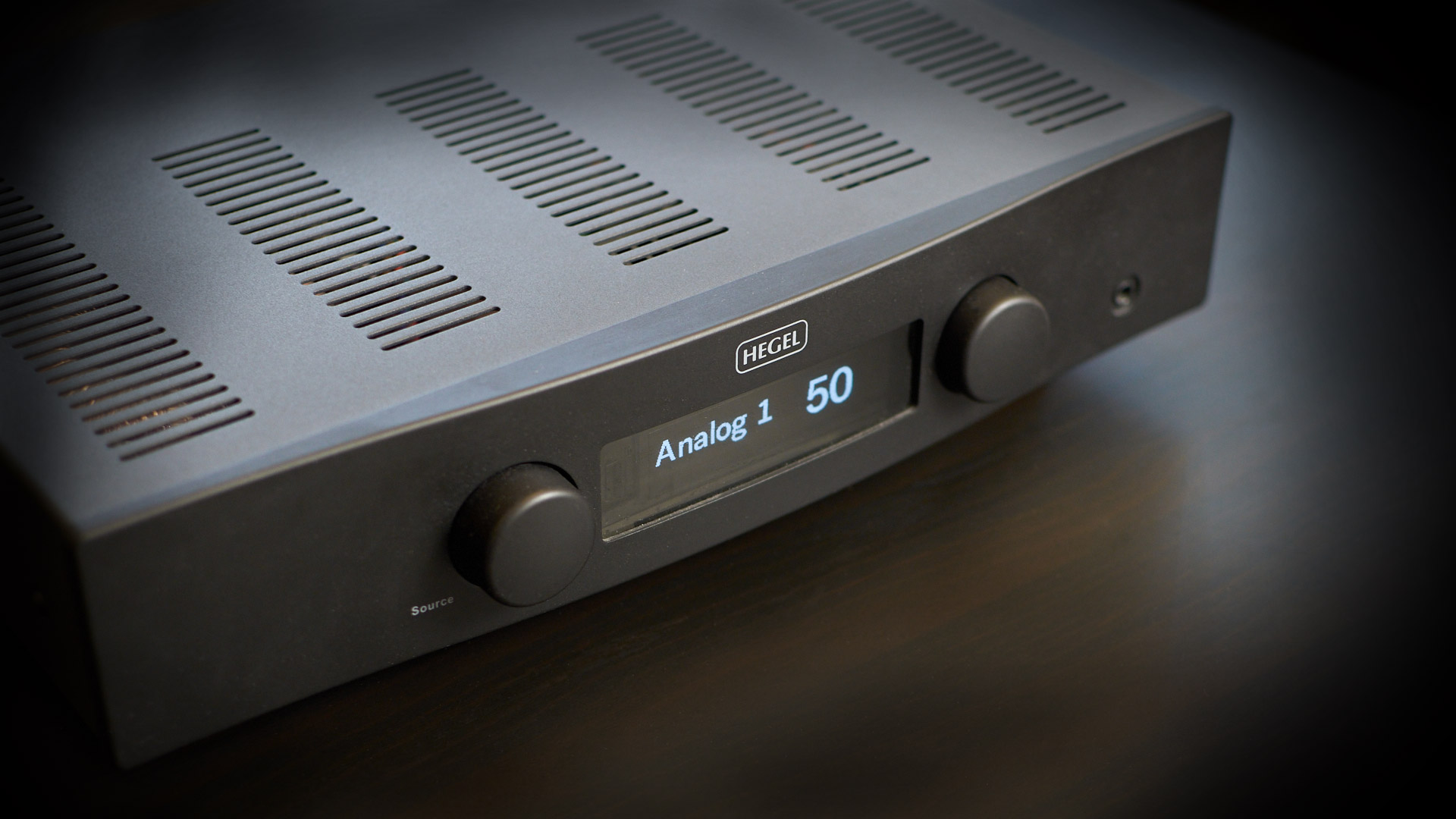 Hegel has been boasted among mainstream media for several years now, and one of their most affordable entry H90 was not the exception. As iiWi Reviews is not one of those big media outlets, getting review samples while the products are hot, and I’m basically funding most of the things myself. I seized the opportunity to fetch a good deal on a second-hand Hegel H90 and see for myself what’s the fuss all about. Are these integrated amplifiers truly as good as their reputation suggests? After living with it for several weeks now, I believe I’ll be able to share my honest and unbiased opinion, so let’s start.

Hegel H90 is a nicely built unit as you would come to expect at this price point (around $2000). The front panel is made of firm and thick plastic, the rest of the casing is metal. It doesn’t feel flimsy or cheap in any way, but there’s nothing luxurious about the choice of materials and build either. It’s simply quite OK, nothing more and nothing less.

The front panel is dominated by an easily readable OLED display surrounded by two big knobs. The left one is used for source selection, while the other one is reserved for volume control. It’s simple and functional. In my opinion, it also looks quite stylish, but that’s a matter of personal taste really. A small remote control is also provided, it’s made out of plastic but it’s neat and functional. You can use it to turn off the display, send the amplifier into a standby mode, select source, and of course to control volume.

Finally, the back panel is probably the most interesting one as Hegel H90 includes a fully functional digital section in form of DAC and Streamer. Because of that, you can find a USB input, a Coaxial digital SPDIF input, three Optical inputs, and an Ethernet port if you decide to use its inbuilt streamer. Of course, there are analog inputs in form of RCA too, but only two pairs of them. Finally, there’s a variable line-out too, which is basically a pre-amp output. As you can see, this is a very versatile device, so there’s a lot of capabilities to cover.

I first started by testing Hegel H90’s amplification section, meaning I used my own DAC in form of Denafrips Ares II connected to the analog input of H90. Then I connected it to my KEF LS50 speakers (and few others too) and started listening. I have no intention of citing manufacturer’s pamphlets boasting about technology packed inside the box, but on paper, H90 offers 2 x 60 W of power into 8 Ohms, with a minimum supporting load going all the way down to 2 Ohms. In reality, it feels more powerful and in better control of speakers than the power rating would suggest.

Starting with the bassline, it’s full and energetic but H90 keeps a firm grip over it at all times. There is no song and situation that provoked it to become over-emphasized or bloated. So grip and control are commendable, but what some may find lacking is slam. If you’re all about bass punchiness and slam, Hegel’s approach might not be to your taste. H90 is wielding the bassline with both power and precision, but it never loosens its grip and goes into a party mode, as I’ve heard Naim Nait XS2 doing on several occasions. Even my old and faithful Cyrus 8vs2 has a tendency to convey that slam better. But worth saying is that both of these do it at the expanse of grip and control, and compared to Hegel they’re more likely to sound a bit bloated and clumsy with some songs.

The Midrange region feels very neutral to my ears. I can’t detect any added warmth, nor tendency to sound dry and analytical. Both male and female vocals sound chesty when needed, but very textured and filled with micro details and the ability to reveal the most subtle parts of the recording. But there’s more. Hegel never sounds overly dry or analytical as my Cyurus tends to sometimes. It manages to present all of these fine details in a smooth and liquidy way. The highest spectrum follows in the same fashion – neutral, filled with nuances, but never edgy or splashy.

But there’s more to H90 than its neutral tonality. The background is dark, and I mean really dark in the way I rarely encountered anywhere. Because of that, the soundstage feels very deep, and every tone feels like emerging from a dark void. Vocals and instruments have plenty of room and empty space around them. This is so pronounced that it took me some time to adjust. In comparison, my Cyrus 8vs2 can’t stage this good, it doesn’t sound this deep and layered, but you feel that all tones are bind together by some kind of shared atmosphere that acts as a glue. With Hegel, there’s less of that shared glue and more of the individual tones emerging from the dark. It’s impressive, but it also takes a little bit to get used to, and some might not like it. As my better half, listening casually from aside commented – Cyrus sounds as I’m in a smoke-filled jazz club with a lively atmosphere, while Hegel sounds as I’m in front of an unplugged session with a dark atmosphere, silent audience, and lights on the performers only. It’s her words but my thoughts too.

Next, I’ve decided to try H90’s digital inputs. DAC section is based around an Asahi Kasei AK4396 D/A converter. I started with hooking my Raspberry Pi streamer (with Allo DigiOne SPDIF board) to the Coaxial SPDIF input on the Hegel. Compared to Denafrips Ares II, soundstage width and depth took a small hit, air from the recording closed a bit too. But make no mistake, this is a very capable DAC section, still perfectly capable to stand its ground against a very decent ~400 dollars DAC such as SMSL SU-9 for example. Next, I connected my TV to the optical input, as well as my laptop to the USB input… Hegel kept sounding very commendable. So if you plan to own a Hegel and use its own digital inputs, do not hesitate. Then again, if you wish to improve upon its integrated DAC section, better be ready to part with some serious money as nothing below the likes of Denafrips Ares II or Chord Qutest, for example, will not bring any.

The last part was to test Hegel H90’s integrated streaming capabilities. Both UPnP/DLNA and Apple AirPlay are supported, but as I don’t own any Apple products I stuck with UPnP during testing. Once the Ethernet cable is connected, Hegel H90 will present itself to the network as a DLNA renderer. I used my favorite UPnP app for the Android called mconnect, chose Hegel as the output renderer, and started playing my favorite tunes using both Tidal and Qobuz. This way, sound quality actually somewhat improved compared to my previous setup with Pi streamer or laptop hooked to Coaxial or USB. There were more details, more air, firmer, and better-controlled bassline. I was shocked to realize that Hegel’s internal streamer and DAC working in unison almost matched my own Streamer and DAC setup that costed me north of 1300 USD. Mind you, I still preferred my own digital setup by a smidge as it was providing fuller timbre and a slightly deeper soundstage. That said, Hegel’s internal solution came quite close, too close for comfort. It actually made me rethink my audiophile ways, all these separates, cables connecting them, money spent… just to squeeze a bit more fidelity. It’s such an uphill battle, reserved only for fools such as myself.

If there’s one thing to complain about Hegel’s streaming solution it’s that I couldn’t make hi-resolution files from Qobuz to work without hiccups. Tidal worked flawlessly with both 16/44 and 24/48 files (higher resolutions are not available through H90 as it doesn’t support MQA compression Tidal is using for Hi-Res files). Qobuz 16/44 again worked flawlessly, but when it comes to 24/96 or higher, the streamer would start to misbehave. Unlike TIdal, Qobuz doesn’t compress its Hi-Res files and they’re streamed at a very high bitrate. That said, my internet connection can’t be blamed here as no other streamer I ever tried had this issue. Furthermore, I heard from some other Hegel owners about similar problems. So if you’re a Qobuz user and enjoy their rich hi-res library, this might be a deal-breaker. Otherwise, the internal streamer works and sounds really good.

Hegel H90 is really a very capable amplifier and it would be easy to recommend even if it didn’t have a capable digital section. But it does and it’s more than just an afterthought. I started thinking and doing math in my head about what separates could I purchase for this amount of money to match the H90 as an all-in-one solution… and I couldn’t find a combination that I believe could match it, let alone triumph. And don’t even let me start talking about the cost of decent digital and interconnect cables you don’t have to buy this way. If you’re one of those cable-skeptics that uses the cheapest cables, then you definitely have no chance of matching Hegel H90’s sound fidelity with separates, within a similar budget.

After all this, I’d have no problem recommending H90 at its full price. But this is such a late review that H90 is not the latest model anymore, H95 is. It was released just recently, and it’s said that the digital section improved noticeably, while the analog section (amplification) remained almost unchanged. But there’s a great opportunity hiding here for audiophiles on the budget. You can now find a second-hand H90 at a bargain, costing as little as one thousand dollars. And for that, you’ll get a truly potent heart of your system, capable to drive almost any speakers with great control and sound fidelity. I’m sure keeping it in my own system, with my KEF LS50s for now as they make a very good match. 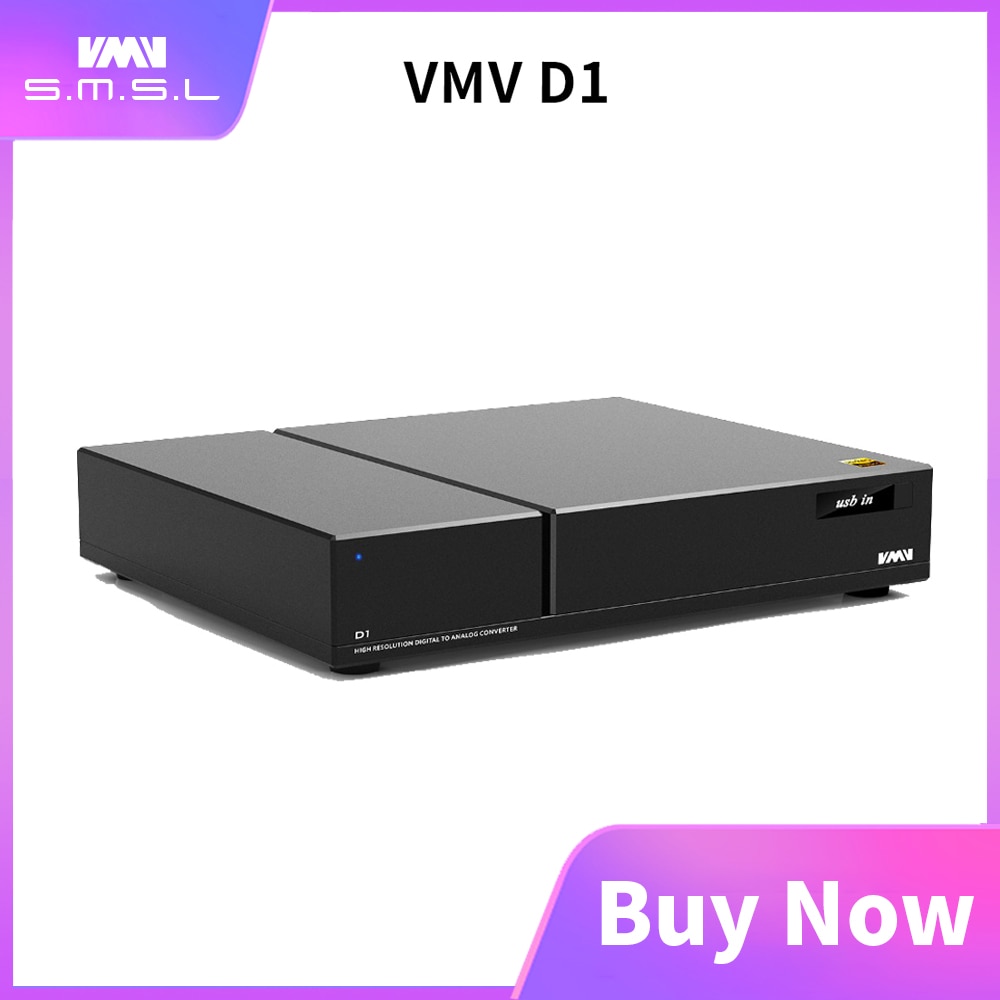