Denafrips Ares II – The One to Beat Under 1000 USD 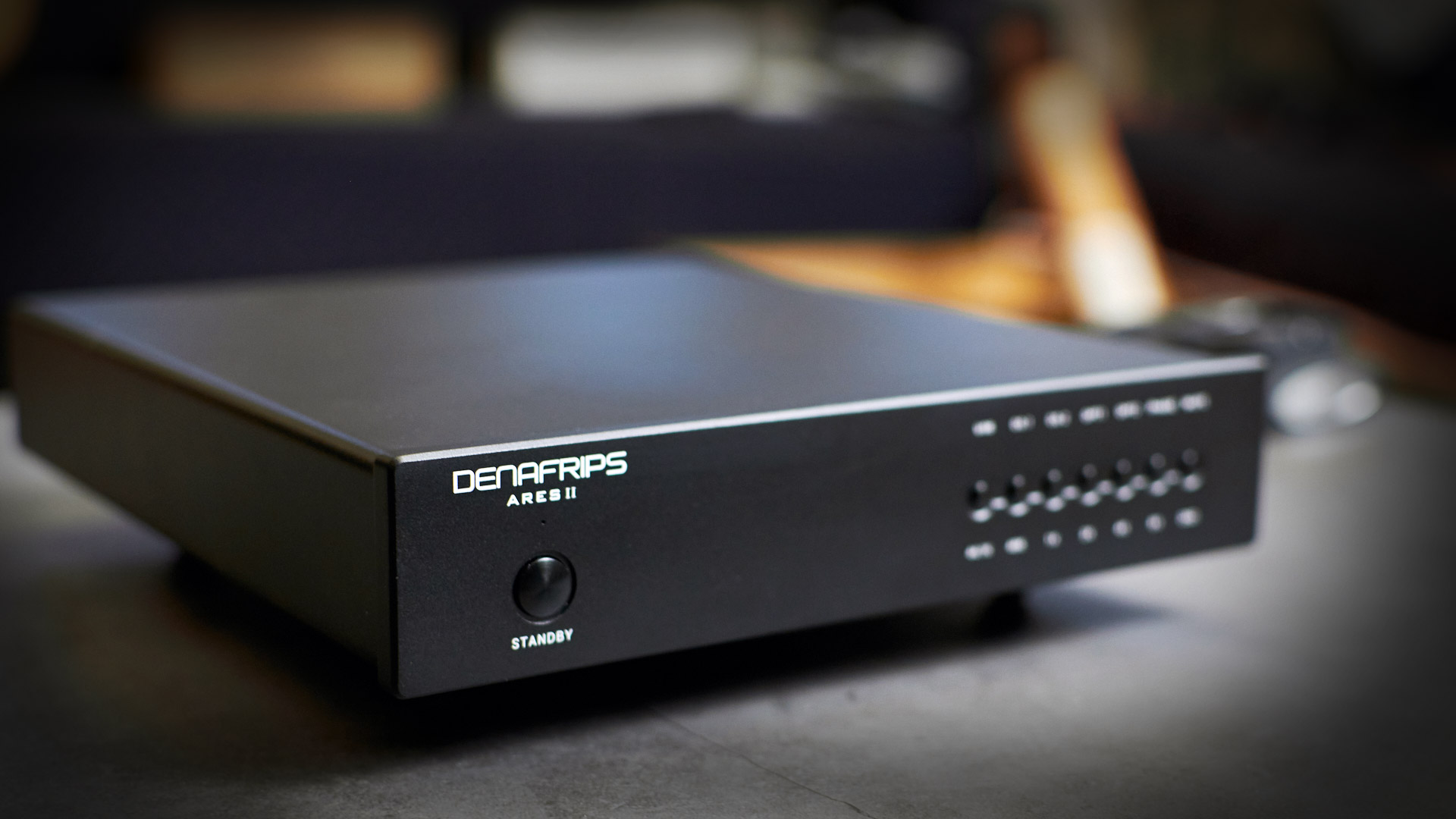 Denafrips Ares II – The One to Beat Under 1000 USD

Ares II comes from a Chinese manufacturer Denafrips and it didn’t take long for its reputation to spread over the web like wildfire. Numerous audiophiles tried it, made some sort of review, and praised it for its natural presentation. The hype train already reached its full speed and, understandably, I wanted to check what the fuss is all about so I made the order. Shipping took some two weeks, slow customs procedure in my country another one, but my unit finally arrived. The initial price of 750 USD took a hike and settled at 1050 USD after all taxes. Nevertheless, I finally had a chance to hook it to my system and test it out, so let’s start.

The moment you try to take the Ares II out of the box, you’ll realize that it is one hefty device weighing 3.5 kg (7.7 pounds). It’s an all-metal box with a fairly thin upper cover and thick aluminium front panel. The device is placed on cone-shaped aluminium feet with small silicone pads on the bottom to prevent it from sliding. Ares II feels solid and the first impression is good.

The back panel hosts an AC power socket and all of the I/O ports. A rich selection of digital inputs includes a USB port, two coaxial ports, and two optical ports. When it comes to the analog section, both single-ended RCA and balanced XLR outputs are on board. This should be able to cover all needs of most audiophiles out there.

The front panel hosts a power button that puts Ares II into a standby mode, and an array of smaller function buttons and LEDs. There is no remote control.

Finally, the switch that lets you choose between 110 V or 220 V is located on the bottom of the device. My unit already came with a correctly set 220 V for my region but be sure to check it before powering the device.

Denafrips Ares II is an R2R (resistor to resistor) DAC, meaning it doesn’t use any factory-supplied solution on a chip such as Sabre, AK, Burr-Brown, etc. Instead, D/A conversion is done through the resistor ladder soldered directly on board. This is the oldest way of doing D/A conversion but it still has its fans claiming it is the superior one.

When it comes to input receivers such as USB and SPDIF, that is also custom-made by Denafrips. Once again, instead of using existing chip solutions, the manufacturer opted for an FPGA circuit they programmed themselves. All of this, among other things, translates into rich format support. Ares II will gladly receive up to PCM 1536 kHz, and up to DSD 1024 over its USB input, while SPDIF ones top at 192 kHz as usual.

There is no volume control with Ares II, it’s a pure DAC with fixed line-level outputs. Remote control is also lacking so you’ll have to use front panel buttons to access its features. The most important one is probably choosing between non-oversampling and two oversampling modes (slow roll-off and fast roll-off). Other than that, you can also mute the output and opt to invert the phase if you wish to do so.

I connected Ares II into my usual room setup, meaning it was fed with Raspberry Pi streamer with Allo DigiOne HAT and Allo Shanti linear power supply. On the other side, it’s connected to Cyrus 8vs2 integrated amplifier and KEF LS50 speakers. As my amplifier has only single-ended inputs, that was the way I tested Ares II. One of the first things I did is to circle through different oversampling modes. That made me realize that I prefer slow roll-off oversampling in my system as it was the most open and airy, retrieving more details and texture, as well as a bigger sound-stage than other options. Non-oversampling mode sounded thicker in the midrange, but also more congested and a bit bloomy in comparison. Fast roll-off oversampling sounded very clean, almost artificially so to my ears, killing off some fine textures and air in the process. So I settled for the slow roll-off oversampling and continued my listening that way.

Probably the most noticeable thing about Denafrips Ares II’s sound is its big soundstage. In this case, big means both wide and deep, with vocals and instruments realistically arranged and spaced inside of it. There’s plenty of air surrounding those and bringing a sensation of the well-lit soundstage. This also means that Ares II leans ever so slightly on the bright side of things. That trait doesn’t bother me since this DAC never sounds edgy and harsh, and the mentioned brightness only adds a bit of air and texture. Using either non-os or fast os mode will tame it to some degree but at a cost of some resolution, air, and soundstage.

Talking about different frequency registers, bassline can go deep with notes having great density. They’re well-controlled too and topped with a respectable amount of texture. Come Together performed by Brian Bromberg is a great showcase of Ares’ bass skills as it’s able to create palpable notes and position them realistically deep behind the speakers. Going up the frequency spectrum, we find clean and fat-free midrange. Vocals sound full and chesty when needed, but don’t feel warmed or sweetened in any way. If you stumble upon a thin and raspy recorded one, Ares will let it pass through without any sort of beautifying. The amount of details and texture this DAC put on top of tones, yet still avoiding sounding edgy or analytical, is truly praiseworthy. That bassline palpability I mentioned earlier is also very helpful in rooting every tone to the ground and into a believable position. As mentioned previously, the highest spectrum is a touch on the brighter side, lending plenty of air and retrieving a great amount of recording space atmosphere.

Spatially, Ares II is a slightly laid-back sounding DAC, letting instruments populate an area behind the speakers that is larger than usual. Pair this with the already mentioned density of notes, and the air around them, and you’ll get what is arguably one of the most believable spatial arrangements you can find anywhere near this price point.

When it comes to overall energy and dynamics, Ares II is definitely no slouch. The bassline is impactful, and notes can strike fast and hard when needed but thanks to a vibrant timbre and spacious soundstage, these never feel in your face. If you’d expect some sort of sweet and mellow sound because of its R2R construction, you might be in for a surprise. Truly enough, NOS mode does bring some sort of softness and pleasant bass and midrange bloom some might prefer and even expect from this technology, but at the expense of neutrality and resolution.

As usual, a few comparisons will be made according to the gear I had at hand.

Schiit Modi Multibit is the first in line. It’s also of a multibit variety but it uses an industrial multibit chip instead of discrete resistors. Both share a rich tone timbre, as well as a sense of tone palpability. Modi Multibit adds more midbass and midrange bloom, not unlike the NOS mode one Ares II, but with even more padding around the notes. However, it can’t match Ares’ soundstage and overall dynamics, sounding a bit more melted down towards the center of the soundstage. Ares II also offers greater extension on both the low and high end of the spectrum, which makes Multibit sound more midrange-centric in comparison.

SMSL M400 is a much more fair game when it comes to pricing. This one is an AK-based DAC but oddly enough it’s voiced to sound warmer. The bassline is more voluminous, but a bit softer too. If Ares’ bass performance would be a hit with an iron hammer, M400’s would be a weighty rubber one – producing even more volume but sounding less dense and less firm. M400 also produces warmer vocals and tamer high frequencies. The soundstage feels deep but not as wide, and there’s less air too. On a positive note, it always sounds superbly smooth and pleasant, while Ares can be a bit gritty sometimes. Personally, I preferred the sound of Ares II and perceived it as higher fidelity, but M400 is a great DAC on its own, especially if you’re looking for some additional warmth and smoothness.

Denafrips Ares II has been touted all over the internet, and I think I can finally understand why. Its built and features are solid, but ultimately it all boils down to the way it sounds. Tone timbre, details, dynamics, and soundstage are masterfully balanced into a whole that feels realistic and creates a rich and believable representation of music. Does this make it the best DAC under one thousand dollars? Sorry, but I can’t answer that one for you since firstly, I haven’t tried every possible DAC out there, secondly, sound fidelity is somewhat subjective, and lastly, that depends a lot on system matching. But I can certainly tell it’s one of the very best and my personal favorite among the ones I’ve heard so far. To put my money where my mouth is, I’ll keep using it in my own setup, where it’ll pose a good challenge to all newcomers. 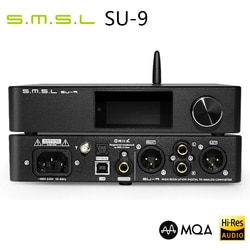 UPDATE: I stumbled upon this YouTube video sometimes after making the review. It’s made by HEADquarter Audio which seems to be the channel of a Denafrips dealer for Germany. Tried the tweak this morning, it takes 5 to 10 minutes, it’s free, and it does make an audible difference to my unit. That slight dryness I noticed in the upper region, believe it or not, is mostly gone now and airiness even improved a bit. As a whole, it sounds a bit richer and bigger (not that it didn’t sound rich and big to begin with). So if you’re open-minded and adventurous I suggest giving it a try, the worst-case scenario is it does nothing for your unit.

UPDATE: I stumbled upon this YouTube video sometimes after making the review. It’s made by HEADquarter Audio which seems to be the channel of a Denafrips dealer for Germany. Tried the tweak this morning, it takes 5 to 10 minutes, it’s free, and it does make an audible difference to my unit. That slight dryness I noticed in the upper region, believe it or not, is mostly gone now and airiness even improved a bit. As a whole, it sounds a bit richer and bigger (not that it didn’t sound rich and big to begin with). So if you’re open-minded and adventurous I suggest giving it a try, the worst-case scenario is it does nothing for your unit.