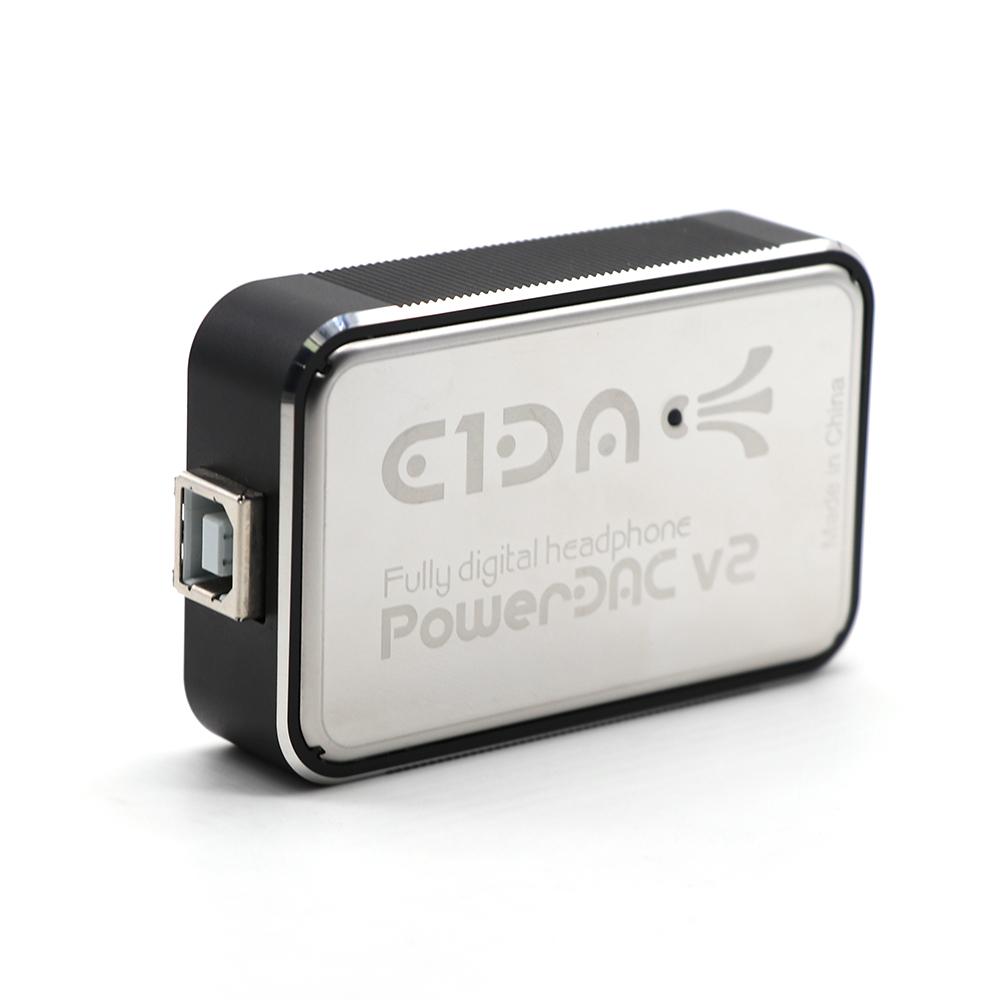 I rarely get to test a product that strays from the beaten path, but E1DA PowerDAC V2 is definitely one of those. E1DA is a fresh brand on the market and was founded by Ivan Khlyupin, a Russian engineer living in China. But what’s left to invent in an already crowded market, you ask? Well, let’s dig right into it.

PowerDAC V2 features an all-metal build. The dark and ridged aluminum frame is sandwiched between two mirror-like stainless steel plates. It makes for effective styling, but more than that, the all-metal design also serves as a heat dissipator. There are no rubber feet on the unit so it tends to slide over the surface, but that’s easily fixable and you can see in the images below how it looks after I added some silicone bumpers to it.

There are only two connectors on the unit – a fully grown USB-B port serves as a digital input, while a 2.5 mm TRRS is used to provide balanced analog output. This also means you can’t connect your typical single-ended 3.5 mm or 6.25 mm stereo jack to it. It’s not even as simple as using the adapter since balanced and single-ended don’t mix and match. The only way to use it is to own a balanced set of headphones (basically any headphones having completely separate left and right channels) and using them with a proper balanced cable. We usually have to buy these ourselves as headphone manufacturers almost never bundle them with their cans.

The biggest differentiating factor of PowerDAC V2 is that it doesn’t use a traditional DAC chip we’re used to (like the ones produced by Sabre, Asahi Kasei, Cirrus Logic, etc.). Instead, Pulse Width Modulation (PWM) chip is used, more precisely a TAS5558 chip made by Texas Instruments.

Ivan didn’t really invent the wheel here, as this is a known method, but rarely used this way, usually in some exotic and expensive products. I’ll not go much into technical details, but this approach of D/A conversion is very similar to the way fully digital amplifiers work, and also somewhat similar to the way DSD stream is carrying information.

On the outside, it doesn’t look like this small puck has much to offer. One input, one output, not controls, but that’s where the smartphone app comes to the rescue. It’s called HPToy and could be found on both Play Store or Apple Store. Once you install this one and connect it to your PowerDAC V2, a whole new world of opportunities opens to you. So let me go through its capabilities very quickly.

First of all, the app provides a way to control the volume from the DAC itself. This clears the way for using exclusive mode in your music player, overriding your OS’s volume control, and achieving a bit-perfect connection to your DAC, resulting in even better sound quality.

Secondly, an inbuilt DSP processor enables you to use simple bass and treble adjustment, as well as dry/wet sound effects. But it doesn’t end here since there’s a powerful parametric equalizer (PEQ for short) on board. With this one, you have complete control to alter the frequency response to your liking. But there’s even more! Once you do that you can save your PEQ preset, and you can do so for as many different headphones, music genres, etc. All of this works just as you’d expect it, so it’s EQer’s heaven really.

If there’s anything to complain about here, it would be that from time to time app would lose connection to the DAC (which still keeps all the settings made up to that point) so I have to reenter it to recover the connection. This may be due to my phone and some sort of power-saving option though.

Now the most important part – how does E1DA PowerDAC V2 sound? In two words – absolutely great. It doesn’t matter if I hook my Takstar Pro 82 or Hifiman HE4XX to it, the sound comes out as extremely well balanced.

The baseline goes deep but has a great amount of control, which makes bass notes sound firm and speedy. Moving a bit higher, mid-bass continues in the same fashion. There’s no bloating or blooming the be heard here, just well-judged and full-sounding notes. Vocals sound clear and present. There’s plenty of details to be heard, but the star of the show here is a full-bodied approach to the midrange. The kind that I just don’t expect from the device of this price, to be perfectly honest. The same, musical approach, continues in the highest region that offers plenty of fine details, but never in a sharp and tiring manner.

Sound-stage is reasonably wide, but I believe that the sense of depth is the one hitting above its pay-grade. Add more than capable layering and instrument separation to it, and we have a class-leading performance on our hands. Listening to I Go To My Heart by The Avett Brothers shows just how skillful PowerDAC V2 is in recreating intimate acoustic recording with lots of spatial cues. But fear not, play something busier such as Madness by Muse and it’ll happily demonstrate its energy, sense of rhythm, and firm control over the bassline.

Fiio K5 Pro is another powerful device with real controls and better connectivity. Its softer and warmer baseline is no match, however. PowerDAC V2 also offers fuller midrange and more dynamic presentation.

EarMen TR-Amp is another great DAC/AMP combo that offers a comparable level of details and dynamics. Its baseline is not as firm, so it sounds a bit softer with lower notes. On the other hand, it punches back with more micro details in the higher spectrum. In the end, the sonic differences between those two are more of a personal taste type.

As you might have noticed already, E1DA PowerDAC V2 is quite a unique little beast. Balanced only output with no controls except through the app, the very same that adds unmatched EQ capabilities to this one. When it comes to sonic skills, they are as good as $200~250 can buy you these days, but for ~ $75 instead.

If you can live with its quirks, it’s sufficient to say that PowerDAC V2 comes highly recommended. 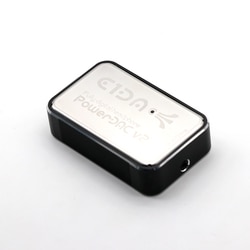