Klipsch RP-600M Review – After the Hype 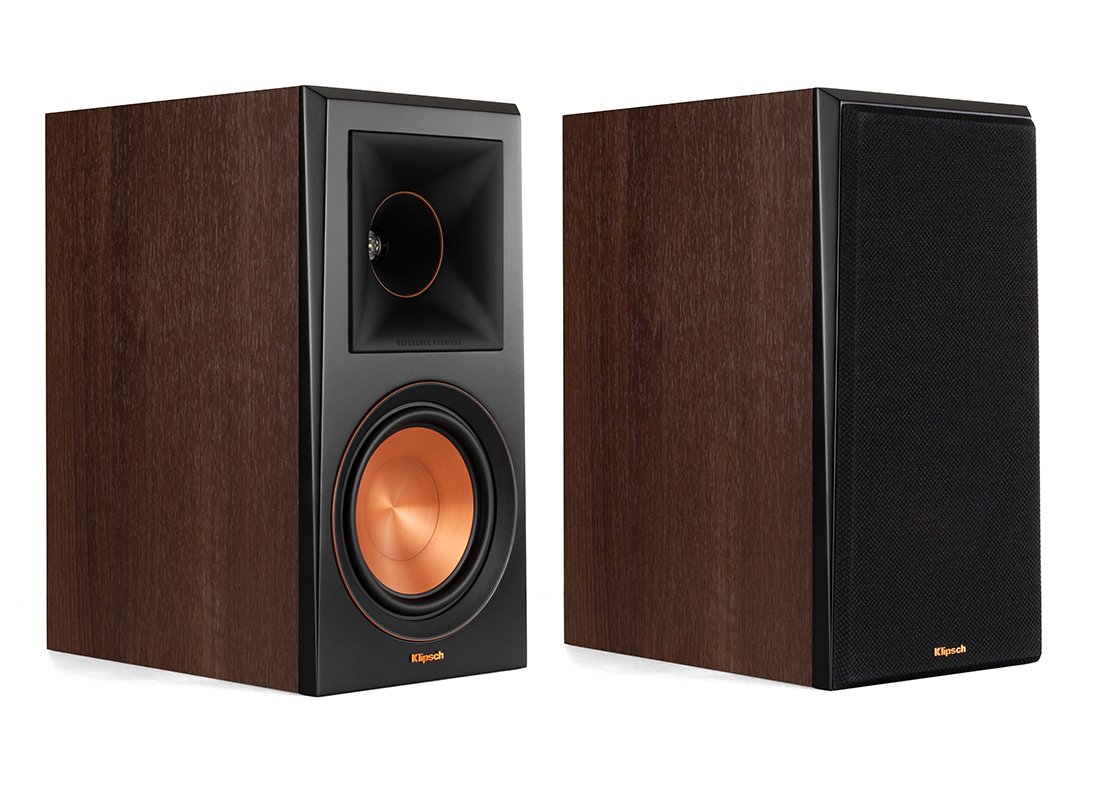 Klipsch RP-600M Review – After the Hype

Klipsch RP-600M needs no introduction at this point. They received some glowing reviews and developed quite the reputation with many calling them unbeatable pair of speakers in a sub one thousand bucks category. As you can imagine, I was quite curious to test these claims myself and now I finally got the chance.

Right out of the box I was very pleased with how Klipsch RP-600M is made. It feels reasonably sturdy and it’s finished to a high standard. Grills are magnetic which makes them a joy to handle. Above the 6.5″ copper-colored woofer sits a 1” titanium tweeter placed inside of the horn. On the back, we find a big, rectangular, bass reflex port, as well as a pair of bi-wiring binding posts. The overall design is instantly recognizable Klipsch style, which’s quite pleasing to the eye in my opinion.

In the course of several weeks, I listened to Klipsch RP-600M in my own system, consisting of Schiit Modi Multibit DAC and Cyrus 8vs2 integrated amplifier. I also had friends bring several different amps, including a tube one.

What struck me first is the sheer scale of soundstage these speakers are able to throw at you. It’s wide, it’s tall, while instruments sound close and upfront. On the other hand, the soundstage depth is not that prominent. Now, don’t get me wrong, I feel it is as good as with almost any speakers at this price point, just not as surprisingly developed as already mentioned width and height. This trait results in a sensation that I would describe as a big wall of sound, the one that creates an almost cinematic experience.

Moving to the next thing that made itself obvious, we’re talking about excellent dynamics. RP-600M sounds lively and snappy, and I feel they’re always ready to boogie. This holds true even with lower powered amps, and even at lower volumes. If I only got a penny every time somebody asked me to recommend moderately sized speakers that sound engaging even at lower volumes. Now pair this dynamic presentation with the already mentioned scale of soundstage and you get a pretty exciting and engaging listen.

When it comes to tonality, we’re talking about a voluminous bassline that is lending a touch of attractive warmth to the sound. The midrange is crisp and open-sounding. Edges and textures of notes are put to the front, while tone timbre has taken a step back. This means RP-600M puts greater emphasis on sparkle and excitement than it does on being tone correct. Such character is also backed up by the highest frequencies that feel slightly tilted up, but are also smooth enough and don’t get tiring even after long listening sessions.

I found Klipsch RP-600M perform best in my setup when angled just slightly to improve focus. Overdoing it resulted in too much brightness. They are not too fussy about being placed closer to a wall but will provide better imaging and focused given some space to breathe.

Talking about paring, I’m happy to say these don’t require too much juice, and even low-powered tube amps can drive them properly. Auditioning them with a decent tube amp could even be a good idea since those excel with tone richness and timbre. The same goes for rich sounding sources such are different variations of R2R/multibit D/A converters. On the other hand, using analytical sounding gear such as lower-end Delta Sigma DAC and D-class amplifiers is something I wouldn’t suggest with these speakers unless you really like your sound timbre-less.

Monitor Audio Bronze 2 offers well behaved, slightly tighter bassline and equally crisp midrange and higher section. Their presentation is a bit more laid back and not as dynamic though, making the Klipsch more engaging among the two. Funny enough, both speakers exhibited a very comparable sensitivity in my tests, and since Bronze 2 is rated 90 dB, that made me question 96 dB claimed for RP-600M. I’m not sure what made Klipsch’s engineers exaggerate it that much, but they sure did.

Q Acoustics 3030i (review coming soon) is another great speaker at a similar price point. It’s able to dig even more micro details and dig a little bit deeper into the bassline. It is also tonally a bit drier and brighter. Klipsch on the other side sounds a bit warm in the midbass, shouty, and just a touch hazy in general. In return, 3030i can’t match Klipsch’s big and bold dynamic swings that are often very addictive.

KEF LS50 is more expensive and more difficult to drive. It can’t completely match RP-600M’s dynamics but it’s not far behind either. On the other hand, LS50 is quite a bit ahead when it comes to tone timbre. This translates to more realistic and palpable vocals, as well as most instruments. RP-600M offers a wider and taller soundstage while LS50 counters with more depth. It also pinpoints instruments with greater precision, creating a more three-dimensional presentation.

If you’re big on tone timbre and vocal richness, like I really am, your needs might be better served elsewhere. That said, I also get why so many people love Klipsch RP-600M. Their list of skills is long and includes extraordinary big, lively, and engaging presentation which can be quite seductive. Now pair that with very reasonable pricing and these are starting to look like a very compelling offer.