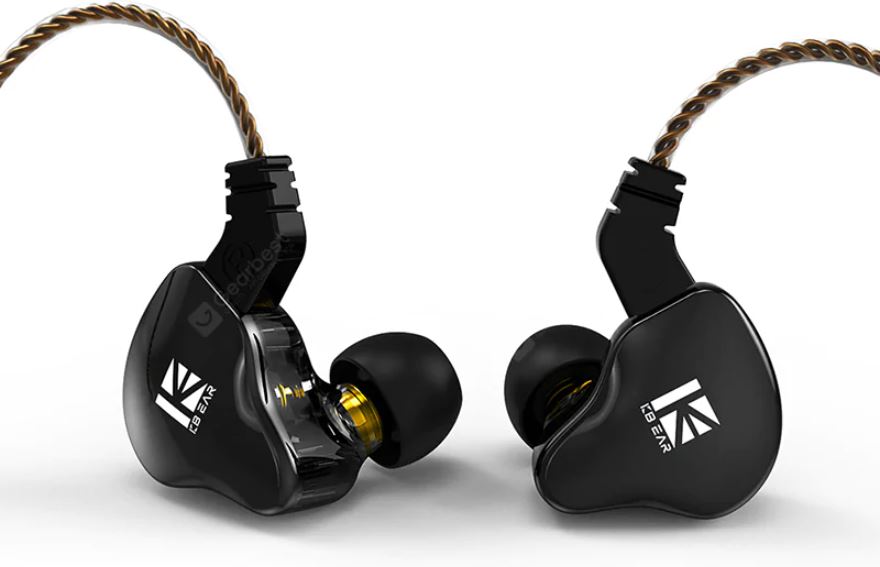 KS2 is a budget-friendly model from Kbear and at the same time my first encounter with the Kbear brand. KS2 is one of those models you suppose to hook around your ear and comes in a fairly simple package without any goodies, but it would be rude to ask anything more for a modest price of $25. So let’s dig into the review and see how they perform.

Kbear KS2 is made out of plastic but it feels well-made and sturdy enough so you don’t have to worry about occasional rough handling. This also means they’re lightweight which is always a good thing for earphones since weighty ones tend to fall out of the ear. Fit is a very personal thing, but in my case, these really fit like a charm.

The bundled cable is of a braided type, it tangles very easily but on a positive note, it’s not microphonic at all. Earhooks are preshaped and in a slightly smaller radius than I’d ideally prefer, but again that’s highly personal. It’s detachable too, using 2 pin connectors, so you can exchange it for a better one if you wish so.

All in all, I feel that build, fit, and comfort are quite decent and there’s nothing that would put me off in this department. So let’s move to the most important part of the review and that’s their performance.

First thing first, Kbear KS2 is your typical V-shaped response type of earphone. This means that the bassline is emphasized. The bass is not only weighty but punchy too. Also, I never found it too bloated or unwieldy so I enjoyed it quite a bit even though I’m not what you’d call a bass-head.

Moving to the midrange part, I stumble upon my first complaint. The lower midrange is recessed and the body of both vocals and instruments is lacking. The upper midrange on the other hand is alive and kicking. Now pair that with quite pronounced higher region and it makes for an exciting and sparkly listen. Often too sparkly if you ask me since vocals tend to sound thin and hissy.

Other than that quirky tonality, dynamics proved to be really good, and KS2 sounds lively and exciting. Both layering and sound-stage are probably the best I’ve heard at this price point. All instruments have enough room to breathe, and they’re spread as wide as the in-ear concept will allow.

I wanted to try and rid the KS2 of their overemphasized V-shaped tuning and rid the vocals of this snake-like appearance. Fortunately, they react quite well to it and I managed to somewhat tame that overwhelming upper-region presence by lowering frequencies between 8 and 12 kHz by about 3 dB. This move didn’t really kill their overall liveliness but provided a much-needed relaxation and much more pleasurable listen to my ears.

Kbear KS2 possesses some commendable qualities such as very punchy and lively presentation, class-leading separation and sound-stage. However, they stumble with very aggressive V-shaped tuning that makes for unnaturally sharp and thinned out timbre. A little bit of EQ-ing goes a long way in this case and if you’re willing to play with it, you might end up with a very exciting, but not completely neutral, pair of in-ears. 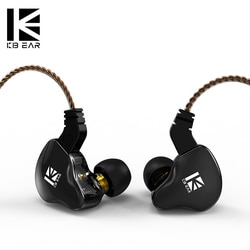