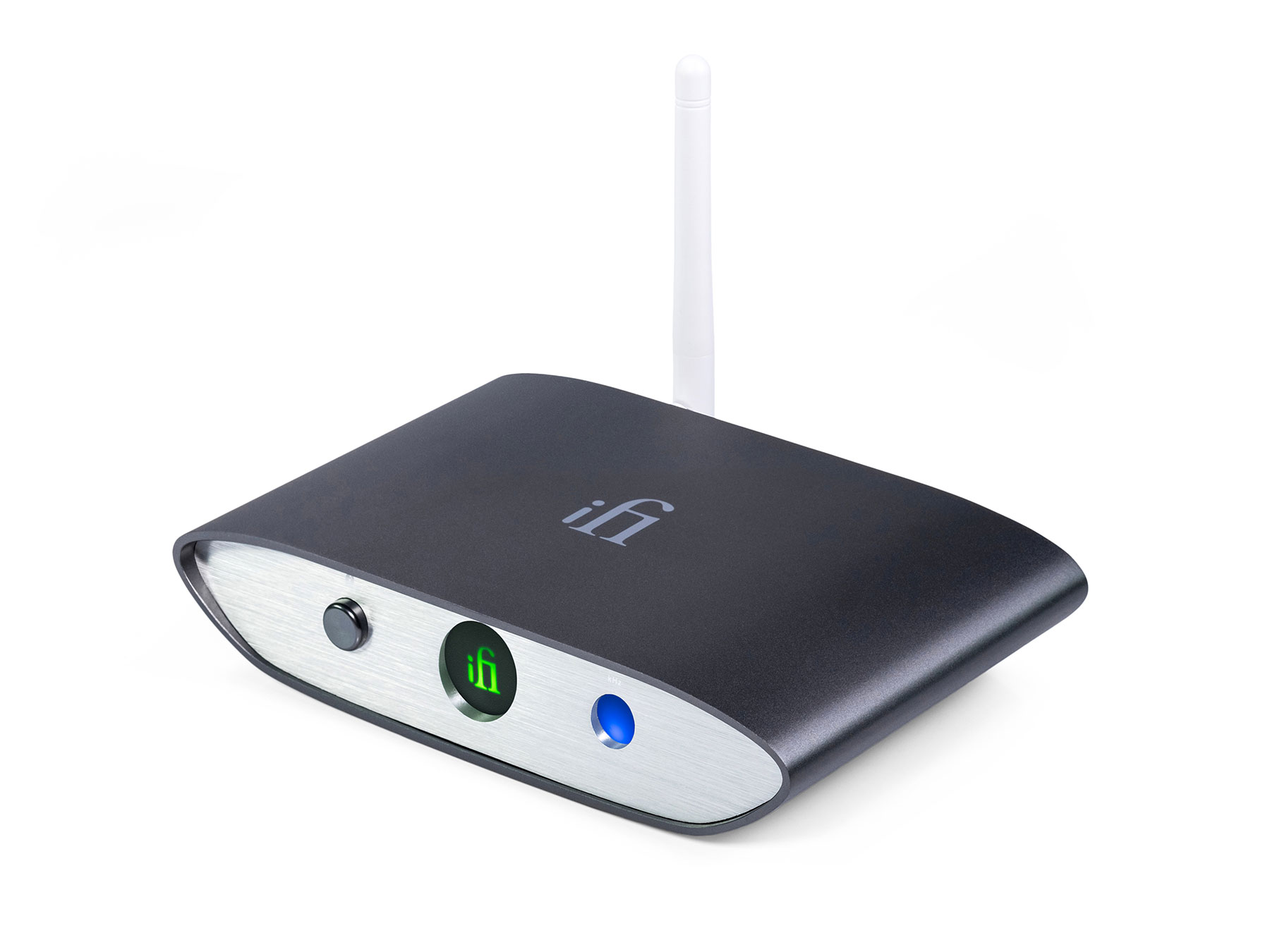 Is it Bluetooth streamer? Is it a DAC? Yes, it is. iFi decided to present an unusual combination of the two. From the outside, iFi Zen Blue looks almost the same as already reviewed Zen DAC. It means that the body is completely made of thick aluminum and feels reassuringly sturdy. The front and back plate have brushed finish, while the rest of its curved body is painted gray. Zen Blue doesn’t possess a headphone amp, however.

The unusual part comes in when you find out that Bluetooth is the only digital input available on this unit. Yes, you heard it correctly, there is no USB or any other physical way to connect it to the source. The situation is quite different on the output front. There we have digital outputs in the form of optical and coaxial Toslink. Integrated DAC makes sure to provide us with two analog outputs: a pair of RCA connectors for single-ended connection and a 4.4 mm Pentaconn for balanced outputs.

Qualcomm QCC5100 solution is used to provide Bluetooth capabilities. iFi claims that circuitry around it is carefully designed to provide better than usual BT performance, resulting in higher fidelity. Sure enough, we’ll put that to the test soon. All major protocols are supported, including aptX, aptX HD, LDAC, AAC and so on. In the heart of the analog section, we have ESS Sabre Hyperstream DAC chipset.

Without further adieu, let’s continue with the most important part – testing its sound quality.

I hooked Zen Blue to my main system, Cyrus 8vs2 + KEF LS50, and paired it with my smartphone. Pairing was quick and easy. Except for different colors on the front of the unit, there’s even a voice telling you that the device is paired and what Bluetooth protocol is being used – neat.

Then listening started. I was using local files of different qualities as well as the Tidal stream. Zen Blue treated me with a very listenable and enjoyable sound. The amount of details is respectable and comparable to its wired cousin Zen DAC. Sound character differs a little bit though. Whereas Zen DAC offered a warmer and almost fluid-like presentation, Zen Blue has a bit leaner approach. Blue’s bass notes sound less weighty but firmer, while the midrange is somewhat sharper and more upfront. Vocals sound rich and present through both of the devices. In the upper midrange and higher range, Blue is favoring details over smoothness. I must say I prefer Zen DAC conically but the difference is not big by any means. On its own Zen Blue is quite capable DAC and you want to feel lacking on the sound quality front, especially if you like its more upfront approach.

The next thing I was interested in is how good of a Bluetooth streamer Zen Blue really is. For that purpose Topping D50s came in really handy. First of all, it’s a very competent DAC. Secondly, it has an integrated Bluetooth receiver that sounds OK but nothing more.

I’ve connected Blue to D50s using an optical cable and started listening. The first thing that was immediately noticeable is that D50s has a better analog stage than Blue itself can provide. The sound was simply more revealing, with weightier bass notes. The soundstage was deeper and populated with cleaner and better-separated tones. I caught myself just browsing through my playlist, enjoying the music instead of taking notes, and that’s always a good sign. A quick switch to D50s internal BT receiver revealed that it is no match for Blue. The sound became mushier and softer. Bass notes were not as deep and punchy while other instruments didn’t have as clean edges and transients. At this moment I started to realize that some of the bad sonic traits I previously assigned to Bluetooth connection were much less obvious with Zen Blue.

This called for further testing and I connected Blue to the best DAC I had at hand – Burson Playmate. The sound coming from this combo was rich and meaty. Again, I found myself in a situation of taking a tour to enjoy the music instead of taking notes for the review. Switching between this setup and Playmate’s USB input finally showed the limits of a Bluetooth connection. As good as it was, music coming through USB had more micro details, leading edges had more byte and the upper register was airier. That said, I wouldn’t notice anything seriously missing in Blue-Playmate setup if I hadn’t made this direct comparison. That good and nicely balanced this wireless combo sound is.

Zen Blue is an interesting device. I think it’s made for those with specific demands. For those that put convenience in front of that last drop of sound fidelity accessible through wires. With its fine sound quality, it makes a hell of a case for such a decision too. Its analog outputs are as good as you get in this price range. But by being able to sound this good over digital outputs, Zen Blue qualifies itself as an upgrade for any of you having a really good DAC already but wanting to enrich it with Bluetooth connectivity.

One thought on “iFi Zen Blue review – say no to cables”