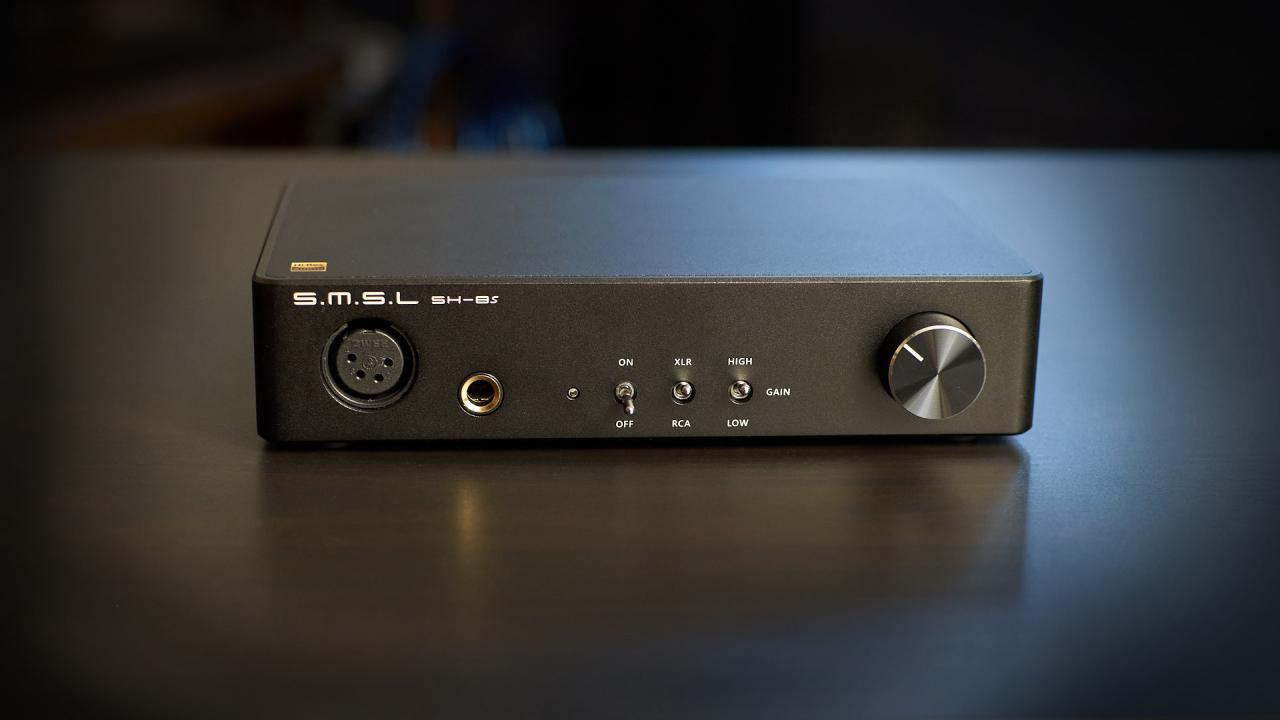 SMSL proved to be very skillful in providing very good but affordable products, and this latest headphone amp named SH-8s aims to do exactly that. At 230 USD it sits just a notch above the most affordable amps, but SMSL did a lot of things that should sweeten this deal and make you want to jump from your budget 100+ dollars amp to this one.

If you’re familiar with any later SMSL product, you’ll not be surprised to hear that SH-8s features an all-aluminum design. Amp feels nicely build and the only thing I find slightly odd is that SMSL decided to use three rubber feet instead of the usual four. If you’re not a big fan of this arrangement, worry not cause several additional rubber feet are provided in the box so you can apply them if you want.

The front of the unit is simple really, we have a volume knob, two headphone outputs, and three switches. As for the outputs, a 6.35 mm one is for the single-ended connection, while an XLR provides a balanced connection. An important thing to notice here is that a balanced connection is present for convenience as the amplifier itself is not a differential design, meaning it’s single-ended by nature. Talking about switches, one is a typical On-Off switch, the next one is an RCA-XLR selector, while the last one lets you select between low and high gain.

In the back, we find two pairs of inputs, a single-ended RCA and balanced XLR. The power inlet is an IEC that will accept alternating current of either 220 or 110 Volts, depending on your region.

Inside the unit, a powerful OPA564 operational amplifier is used to provide 3 watts into 32 ohms. SMSL doesn’t disclose the rate of power decline with impedance hike but nonetheless, this should be enough for all but the most power-hungry headphones out there.

It doesn’t take long for SMSL SH-8s to show its bright and airy character. Highs are well extended, filled with details, and capable of drawing a wide-open soundstage. Separation is good and there is a real sense of air around the instruments. The midrange is again tilted towards the brighter tonality and its upper register is emphasized. This puts the focus on the edges and quick transients, but not so much on the tone fullness and timbre. Vocals are influenced by this too, especially female ones that can sometimes sound a bit spitty. The bassline is full and reasonably punchy. There’s weight behind it that serves as a pleasant counterweight to that brighter top-end. That said, the bass is not the fastest and most controlled one, if anything there’s a slight warmth and softness to it.

Summing it up, SH-8s sounds bright and open, but with a certain amount of warmth at the bottom end. However, my overall impression is that this amp is best paired with somewhat darker and sweeter-sounding gear, which actually leads me to a few pairing recommendations.

When it comes to sources, I have to take this one out of the way – I didn’t like factory-intended stack with SU-8s DAC. Don’t get me wrong, it’s a very good DAC on its own, but its snappy and upfront character just doesn’t mix well with this amp in my opinion. There’s just too much energy focused on edges and transients in this combo, while tone timbre leaves a lot to be desired. Something along the lines of a more laid-back Topping D30 pro clicked better with the SH-8s in my opinion. And even though I haven’t had a chance to try this next combination, it feels like full-bodied Schiit Modi Multibit would be a great match too.

Talking about headphones, I would steer clear of anything with a pronounced upper-midrange peak, for example, most of Beyerdynamics. Something tamer and more midrange-centric such as many Sennheisers would fit much better in my opinion.

Topping L30 comes at two-thirds of the price and it’s a great budget offering. I actually prefer its more neutral tonality. That said, SH-8s is clearly digging more details and it’s also able to develop a wider soundstage with better separation and layering.

Topping D30 pro is some fifty percent more expensive. It’s once again more neutrally tuned with tamer highest register, allowing for more natural midrange and vocals. Its bassline is tidier too, with a better, firmer, grip on bass notes. To top it off, the D30 pro also provides greater insight into the tone texture. SH-8s counters with wider and airier soundstage, but all said and done I did prefer D30 pro.

The most appropriate competition price-wise would actually be Topping A50s, but I didn’t have this one on hand for a direct comparison. From what I can gather from the memory, these two should be very closely matched when A50s’ balanced output is used. But if you’re limited to the single-ended one, SH-8s takes a lead in terms of detail retrieval and separation.

SMSL SH-8s is a well-built and good-sounding product with a well-judged price. The thing you have to be aware of is its bright tonality that calls for some care with pairing if you are to get the best from this amp. If you already have darker sounding headphones or source, and you feel that you need to open the sound a little bit then SH-8s might be worth checking out. 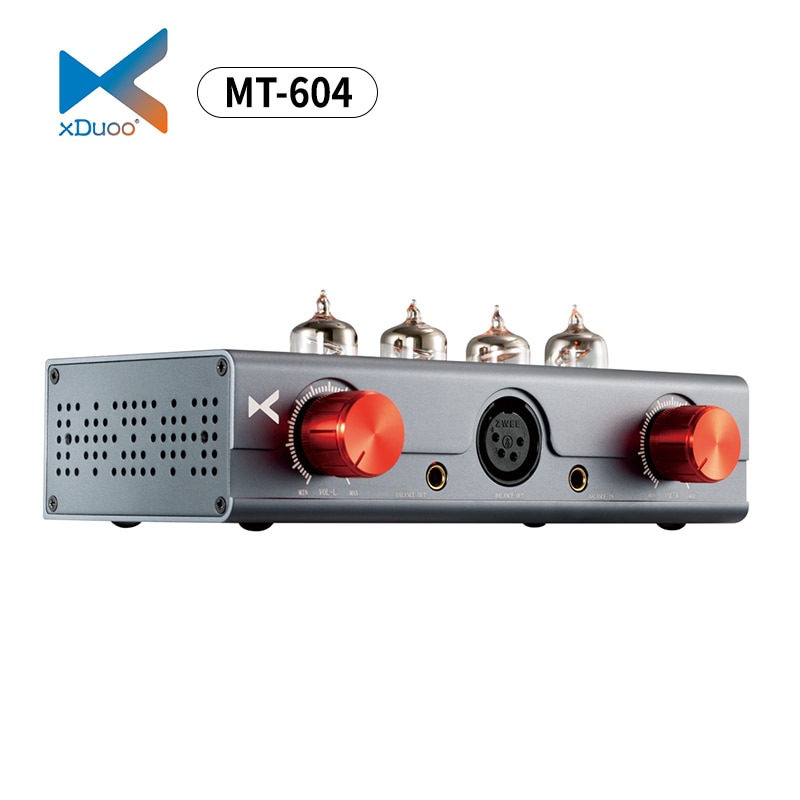