Schiit Magni 3 review – do you need a separate amp? 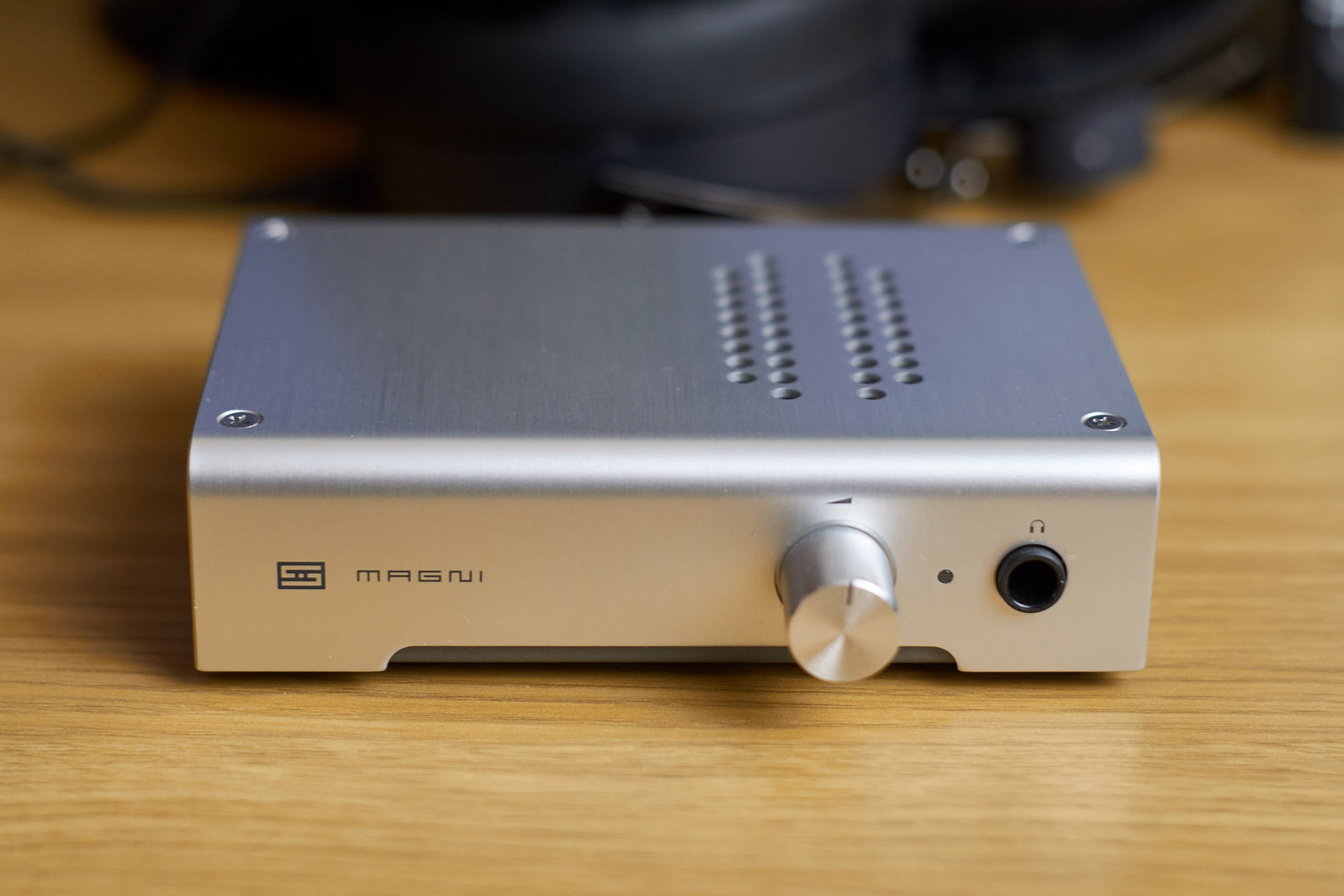 Schiit Magni 3 review – do you need a separate amp?

I purchased Schiit Magni 3 a few weeks ago during stock clearance. It was on a sale so my curiosity got better of me. I wasn’t particularly concerned about Magni 3+ being released soon. My goal here was simple – checking if there is a reason at all to buy such a budget headphone amp. With so many good DAC/AMP combos out there, is there a good reason to go with separates?

To start with Magni’s build quality, it’s really good. It is as good as any Schiit product I tried so far. Brushed aluminum looks very nice and feels solid. The volume knob is an old-school, analog type potentiometer. There is some resistance to it so don’t expect to operate with one finger.

On the back, we have a power switch, a Low-High gain switch, one line input, and line output too. Line-out is a nice touch and it enables you to pass the signal to some other devices and not just your headphones. A set of active desktop speakers comes to mind.

I’ve tried pairing Schiit Magni 3 with several different DACs and Headphones. My first usage scenario was to test if adding Magni 3 can improve the sound quality of small USB DACs such as Dragonfly Black and Lusya Fever.

Well, integrated amps of both sticks proved to be quite enough for my Takstar Pro 82. Adding Magni 3 as a separate amp didn’t improve sound as much as I hoped. A tiny bit of detail here and there, but nothing really worth mentioning.

Then I switched to my HiFiMAN HE-4XX planars and tried again. This time around, Magni 3 proved clearly superior to a direct DAC connection. Neither DF Black nor Lusya Fever can drive HE-4XX exceptionally well. There is enough volume for sure, but the sound is not as alive and dynamic as you would expect it to be. Adding Magni 3 into the loop made a distinct positive difference. Bassline started to have more authority and focus. Microdynamics increased and everything started sounding a bit livelier and more rhythmic. Switching back to any of the USB DACs felt like a clear downgrade in terms of overall drive and clarity.

It was time to test Magni’s full potential. Using Burson Playmate‘s great DAC section seemed like a good way to do that. I fed Magni 3 with a line-out signal from Playmate and switched through several songs. There was a slight increase in clarity and precision compared to Lusya Fever+Magni combo, but again not as much as I expected. It seemed that Burson’s DAC is an overkill in this situation. Wanting to check that I switched to the internal Playmate’s headphone amp and it showed me that Magni 3 is not a match for it. Transparency clearly improved using Playmate. Note echoes and reverbs could be heard more easily, while the upper register offered more space and airiness. Magni 3 did put a fair fight but in the end sounded more congested and less resolving through several different songs.

This should not come as a surprise or anything to look down to. Playmate’s amp section obviously outperforms what Magni 3 can do, but bear in mind that Playmate is a $400 device. Compare that to let’s say Modi+Magni combo and we’re talking about twice the price.

In the beginning, I mentioned there’s a switch on the back letting you choose low gain or high gain. I switched back and forth several times during this test. With all of the headphones I tried it with, I kept preferring low gain mode. It sounded more focused and crisp as opposed to slightly warmer but blurrier high gain. As I didn’t really need the additional grunt of high gain mode I didn’t use it that much. Your own experience may vary with different and more demanding headphones.

I was suspicious about the worth of buying separate budget amp but I’m not anymore. Using Magni 3 to power my easily driven Takstar Pro 82 didn’t add much to the sound. However, powering HiFiMAN HE-4XX planars with it proved beneficial in terms of both drive and focus.

If your headphones are easy load, sticking with a good DAC/AMP combo might be a smarter and budget friendlier choice. But if you own or plan to own headphones that like to be juiced properly – going with budget separates like Modi and Magni makes a lot of sense.

2 thoughts on “Schiit Magni 3 review – do you need a separate amp?”