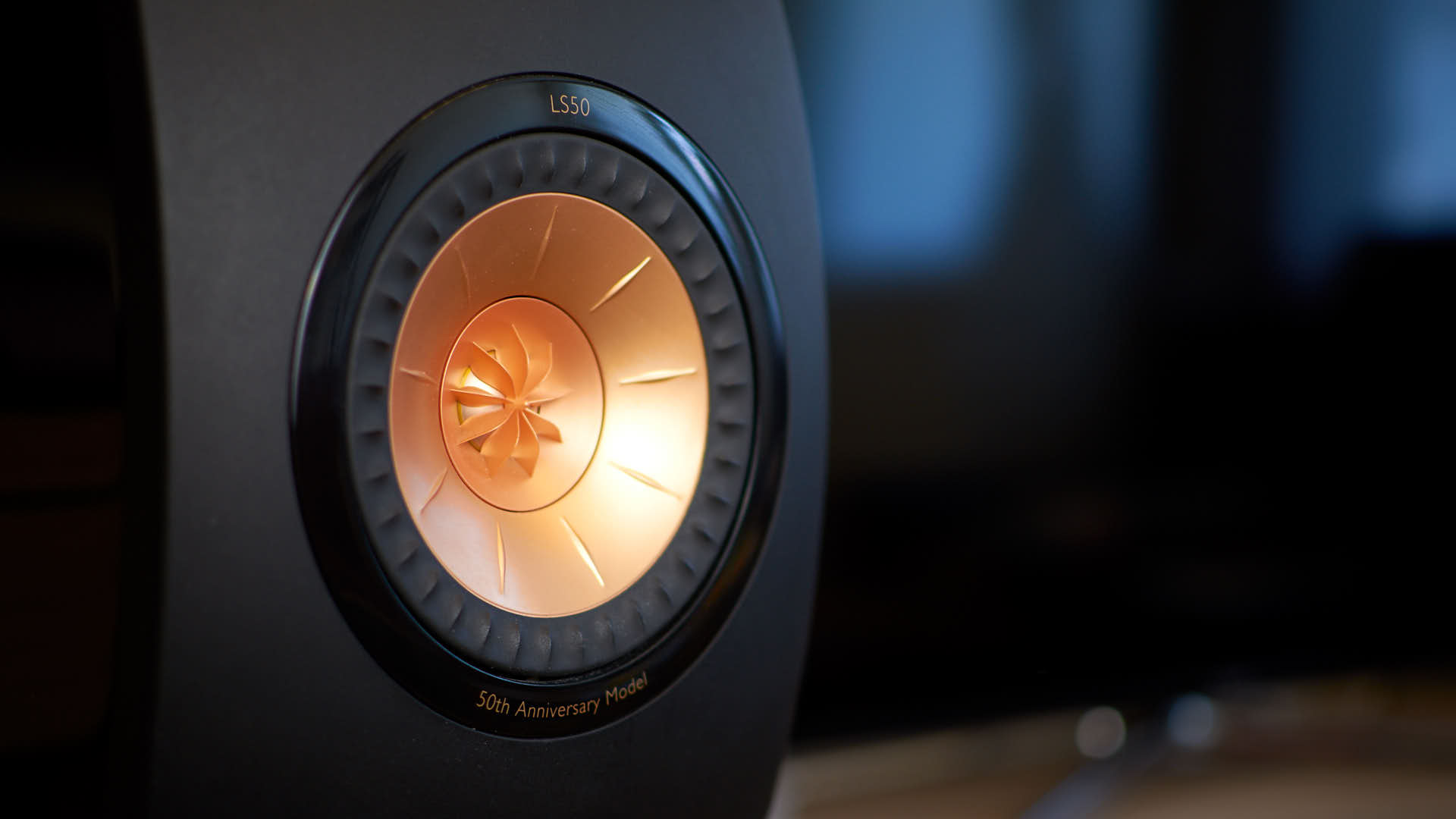 KEF presented LS50 to the public in 2012. Since then they received numerous praises and generated quite the hype. Their initial price was $1500 and I always wanted to try a pair but couldn’t afford them at the time. They go for $1200 these days, and sometimes even lower during sales. You can also find a well preserved second-hand pair for around half that price. That’s just what I did, and now I’ll try to share my impressions after using them actively last 4 months.

I’ll skip the technical part about Uni-Q driver and super dampened box as I’m sure you already know all about it.

From the first moment, LS50s proved themselves to be very agile sounding speakers. Notes strike fast and with the precision you simply don’t hear every day. Tonally, KEF struck a very nice balance and these are neither bright nor dark sounding. Instead, they allow the character of the front-end to pass. Paired with some decent sources and amplification, LS50s are capable of creating rich and big soundstage. Even more, they etch instruments and vocals into it with very fine precision. Everything has its own place and space. Singers often materialize in the center of the image in such a believable fashion that it’s hard not to admire that.

Playing something like Sting’s The Empty Chair demonstrates that LS50’s can create big and lush vocals that feel almost palpable. They also don’t shy from letting fine texture to be heard and Tom Waits’ vocal in House Where Nobody Lives sound as moody and raspy as I’ve ever heard. The same story continues with any kind of instrument. With Angela Berann’s Dingo LS50s gladly recreate the big and lush sound of drums as well as perky cymbals.

Not so good stuff

As you can expect from the speakers of this size, LS50s are not capable of really deep bass. They do go down to ~50 Hz and that’s plenty for bold and realistically weighty sound in most genres like Rock, Pop, Blues, Jazz, etc. However, if you’re a fan of electronic music with heavy beats or full-blown classical orchestras with huge dynamic swings – you might try your luck elsewhere. Similarly, trying to feel the earth-shattering bass in a movie will be a no go.

As it happens, 99% of my favorite music belongs to that first group. Most of the instruments and notes there are kept in LS50s’ comfort zone and I feel like a happy camper most of the time. Drums, bass, double bass… all sound bold, weighty, and energetic.

Getting LS50s to behave requires some muscle. If you want to hear that fast and precise sound I’m talking about your amp needs to have a firm grip. Paired with Cyrus 8vs2 or Arcam A29, these sound well-controlled and agile. Connected to a cheap D-class amp from the DIY kitchen or Marantz PM6004, they paint a different picture. As neither of these is capable to hold a firm grip on LS50s, the bass-line loses kick and becomes bloated and mushy. Some focus is lost too, soundstage compresses a bit and imaging suffers. At this point, these will not impress anyone, and if proper amplification is not in the stars, it might be better to steer away from LS50s altogether.

You can put these closer to the wall thanks to provided bass-reflex bangs. However, in doing so you’ll lose some of the sound-stage depth and 3D imaging these are capable of when positioned deeper into the clear space.

I simply can’t stress enough the importance of putting them on a proper speaker stands. Yes, they look small but they don’t appreciate being kept on a shelf. Before my mass-loaded stands arrived I kept these on a TV shelf. The effect that had on them is similar to driving them with a lower-quality amp. Bass was muddy and mushy, managing to blur the whole sound image, ridding it of its focus and fine layering. It would be a pity to own such a nice pair of speakers and not hearing what they can really do, or hearing 40% of it. Yes, that’s how important it is not to keep them on some hollow shelf.

I was always curious about KEF LS50 but my budget wasn’t that happy about the idea. Fortunately, these sold like hotcakes and are nowadays easily found on a second-hand market. That means you can fetch them for 5 or 6 hundred and loose very little if you don’t like them. That said, these are kind of “all in” speakers. If you want to hear that quality so many reviewers were raving about, you have to put them in an equally capable system and place them with some care. That’s something that basically every speaker of this level demands. But I get the feeling that LS50s attracted more mainstream customers (non-audiophiles) than any other speaker in recent history. And many of those customers were not prepared for tending to them correctly.

Ignore those warnings and you might end up as another unimpressed owner, trying to get rid of them on a second-hand market. On a more positive note, after spending 4 months with KEF LS50 I fully get the hype surrounding them. Pair them and position with some care and you just might be able to make them do the magic. If you can get them to do that for you, there’s a good chance you’ll fall in love with them.