Schiit Modi 3 – lots of music for the money 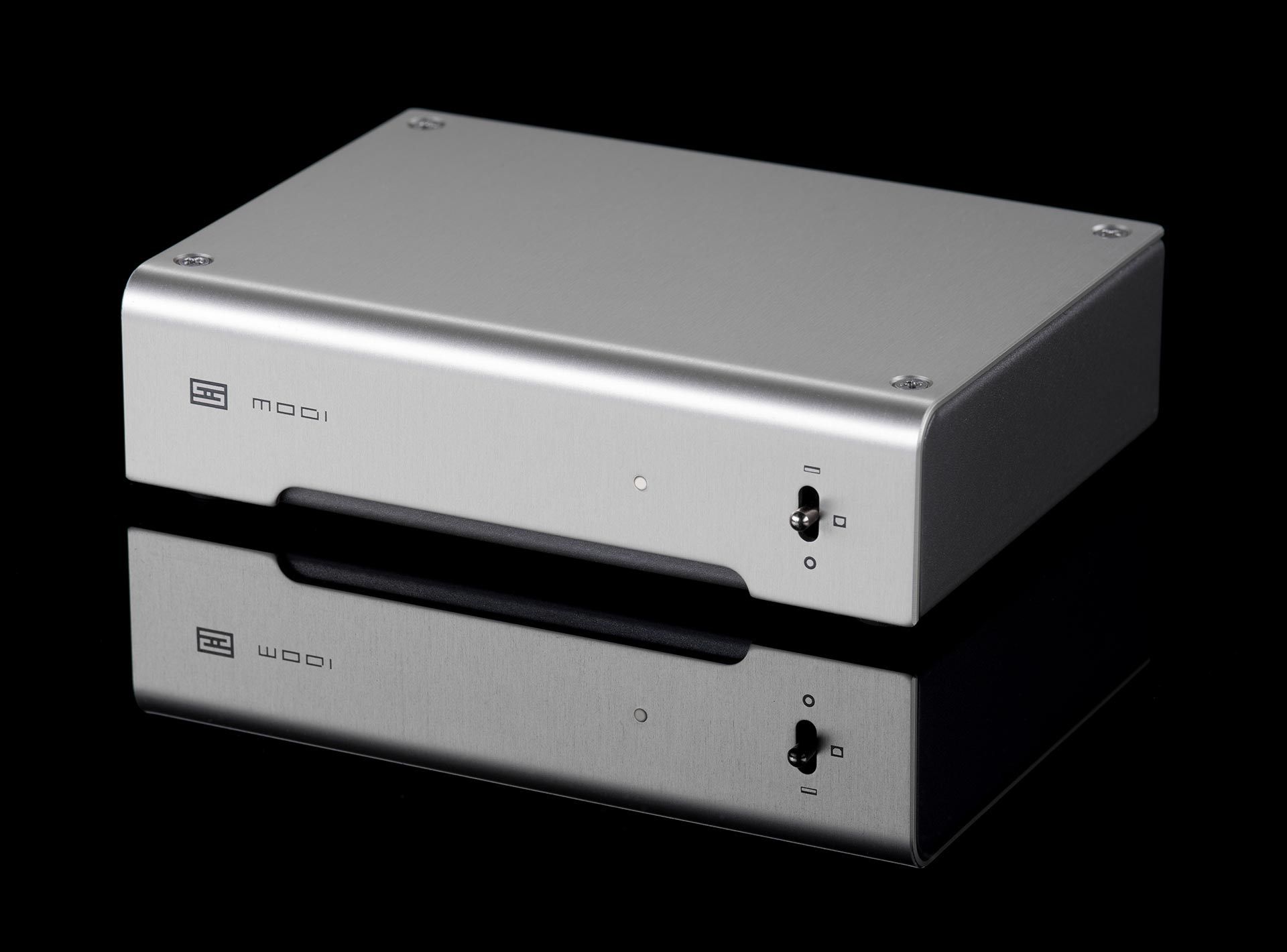 Schiit Modi 3 – lots of music for the money

I’ve been wanting to try a Schiit product for some time now, and the most logical place to start was a budget-friendly D/A converter – Modi 3. For those of you who don’t know – Schiit is a US-based company with all of their production also taking place in the US. Still, their entry model Modi 3 costs just $99 bucks which puts it directly against some very affordable models usually coming from China.

Schiit Modi 3 is centered around the Asahi Kasei Microdevices AK4490 DAC chip. Its format support is nothing to write home about. For example, there is no DSD support and PCM is supported to a 24 bit / 192 kHz max. In this little guy’s defense, that covers how we realistically consume the vast majority of our music. I simply don’t see the mass music industry accepting higher sample rates than 192 kHz any time soon. Why you ask. First of all because of a needed space which goes around 300~500 MB per 5 min of music. Secondly, because barely anyone can actually notice the difference between let’s say 192 kHz and 384 kHz. So do we really need a 384 kHz or DSD on a $99 DAC? I feel we don’t really. It’s just a bragging right and that’s all.

On the outside, Modi 3 looks very clean and neat. It’s made of aluminum like most models are these days and it rocks a silver brushed aluminum look. The front panel is joined with a top cover over a stylish curve at the top edge. It’s somewhat different than most rectangular models with a thick front plate and I must say that I quite like it. The unit is decently heavy in my hand but when knocked it sounds hollow – that’s because the upper plate is not that thick like on some more expensive models.

On the front, there is just one switch to choose the input, accompanied by a bright white LED to indicate that the unit is powered. There is no power switch either and Modi 3 will stay on as long as the power is connected.

Talking about sound, Modi 3 is a very rounded and well-balanced performer. Bass is pleasantly full while at the same time being very well controlled and precise. It’s giving you plenty of information, edges, and texture of the bass notes. Moving on to the mid-range, it’s a pleasant surprise. There’s plenty of information to be heard, but even more, there’s a density to the tone that is so often overlooked in budget DACs. If you read or watched some of my other reviews you probably heard me complaining about the thin and overly edgy sound. I’m glad to report that’s not the case here. Modi 3 has that mid-range juice and density to make vocals and instruments sound natural and present.

If you thought Modi sacrifices clarity and fine details for the thickness – I’m happy to say that’s not the case. Quite the opposite actually, there’s plenty of extension and clarity in higher registers making it sound quite open. It can convey the sound of cymbals with great precision and reveal lots of tiny atmospheric details from the recording. To sum all this up shortly – the sound is characterized by the fast and precise bass, full tone and plenty of details.

The sound-stage is also very wide while depth is just adequate, not any better or worse than other DACs in the class. The sound is also well organized and quite smooth. It will hesitate to ever become too edgy, to jump and bite, which makes it a pleasant listen even during prolonged periods.

To pair it against some price appropriate competition, I’ve decided to use SMSL M100 that I had at hand first. Overall dynamics were comparable, but it was clear that Modi 3 offers fuller and denser mid-range. It also resolves details easier, especially in the bass and mid-range region. Vocals, guitars, and most other instruments simply sound more digital with M100 compared to slightly more natural Modi 3.

The second comparison was made with my long-time favorite Khadas Tone Board. When you buy it, it’s just board without a case, so you’d have to buy a case separately. Now comparing Modi 3 to Khadas it’s clear they have a different approach. While Modi 3 sounds airy, spacious, and resolve details with more ease – Tone Board sounds darker, has weightier bass notes, and more dense midrange. The difference is more in character than it is in quality, and you may find yourself preferring one over the other depending on the rest of your system or personal taste. If pressed to choose one over the other, I’d probably go for Modi 3 though.

Finally, Loxjie D10 is slightly more expensive for US-based buyers, but might actually be cheaper for the rest of the world. This oddly shaped box is a tough competition. Its sound character is basically the same as Modi’s – fast, lively, and precise. That said, D10 is resolving details just a bit better than Modi. Depending on the price and availability in your region, both of these are a great buy.

Schiit Modi 3 is a neat looking device, it has 3 different inputs, and to my ears sounds better than any other DAC under the $100 mark. If you can get it for the $99 – I can’t imagine not giving this device a thumbs up. For those of you that are not living in the US, you would need to count in shipping and taxes. It may finally cost you somewhere around $150, as it did cost me. In that case, you should also consider other options like Loxjie D10, iFi Zen DAC or Topping E30.