Schiit Freya + is Jack of All Trades But Master of None Schiit Freya + is Jack of All Trades But Master of None

For some time now I’ve been waiting for a chance to try out Schiit’s highly praised Freya + preamp. I was not that trigger-happy because Schiit has very reasonable prices and cheap shipping inside of the US, but not so much in the rest of the world. If I count in overseas shipping, insurance, import taxes, etc. 900 dollars quickly turned into 1500, and I was reluctant to spend that much. But when a week-old unit showed up on a local second-hand market for “only” 990 euros (at the moment that’s roughly the same amount of dollars too), I had to dive in and give it a try. So here’s my late and completely hype-free impression.

Schiit Freya + is a thin and slick-looking device, but since it’s made out of fairly thick aluminim and densely filled inside, its weight is substantial. This feels good and assures that Freya won’t be easily pulled back if some heavy audiophile power cable is used. You can find a volume knob and several buttons in the front. Those serve for choosing an input and mode of operation, but if you’re hoping to see tone controls there too you’re out of luck.

In the back, we find five analog inputs. Two of those are balanced XLRs and three are single-ended RCAs. When it comes to outputs, we again have one balanced and one single-ended out. This selection should cover most of the modern user’s needs, but if you happen to own a turntable you’ll notice that the phono section is lacking.

Freya+ can route the signal using one of three available paths that are user selectable. So let us quickly go through them:

1. The most simple among them is a passive one. In this mode, there is no amplification or any kind of buffering going on. The signal you bring to the preamp is simply attenuated by using passive resistance circuitry. Many audio purists would argue that a short and simple signal path is the best, but using passive attenuation makes the end result more dependent on the impedance matching between the preamp and power amp.

2. Buffered mode uses solid-state components that will not add gain to the signal but will act as a buffer between the input and the output. This lowers the output impedance and renders the preamp less sensitive to pairing with the power amp that follows. The signal does have to go through a few more components compared to the passive mode, and each component in the signal path adds a little bit to the sound signature. We’ll talk about that more in the sound section.

3. Finally, we get to the most attractive among them – the tube mode. This is the only mode that actually uses those for tubes sticking out of the preamp, and the only one that actually has a gain (which is 12 dB). This is probably the one that most buyers will end up using because it adds the most flavor to the sound. Just be careful when switching from the previous two modes to the tube one – if you were listening at loud levels with no gain, things can get seriously loud once 12 dB of gain is introduced.

I’ve tested Schiit Freya+ over the course of several weeks using my own Acoustic Invader power amp and preamp as a comparison. I also had a chance to try it with the Rotel RB-1552 MKII amp and compare it to the Rotel RC-1572 MKII preamp. Sources used for testing were great Musician Pegasus, Ladder Schumann, and Topping D90LE DACs. As for the speakers, I used both KEF LS50s and a phenomenal DIY model called Spirit Wind (a review of this project is coming).

Passive stage – If Freya+ is used in a passive mode, its sound is precise and highly detailed. It is also quite lean and dynamically flat with both power amps I’ve tried it with. There’s nothing wrong with that tonality if it suits you, and it might suit systems that would otherwise be overly warm and bassy. Tonality aside, passive mode creates the most focused sound, razor sharp but arranged inside of a narrow soundstage between the speakers.

Buffered stage – It might not seem that there is much of a difference if you do a quick AB comparison, but make no mistake it makes a very noticeable difference once you actually start listening to the music, and keep at it for some time. The buffer stage simply put brings some thickness and boldness into the sound. That is most easily noticed in the bass region which suddenly feels fuller and heavier. Midrange seems to be affected too and vocals sound slightly fuller too. The overall focus and transient response speed seem to suffer a bit, so instead of razor-sharp edges, we get a slightly softer presentation. The soundstage width doesn’t change much, but vocals and instruments feel ever so slightly more present and with a more physical body. Using this mode I could relax easier and enjoy the music more than I was able with the lean sound of the passive one.

Tube stage – Finally, when you decide to utilize tubes, tonality will shift significantly towards an even fuller and slightly bloomy sound. The bassline becomes even weightier, but also slower than in the previous two modes, midrange gets bolder too. Vocals sound more present and palpable in the room and instruments attack with more vibrancy. The whole soundstage suddenly feels more three-dimensional, and there is a more pronounced feeling of empty space around each tone. This is more obvious with recordings that have lots of spatial cues recorded, but even if that’s not the case tubes will add a little bit of that spatial spice, like a very subtle reverb effect to each tone. This doesn’t feel particularly neutral but it is pleasant and very seductive. Some listeners love it, some claim it is just the pleasant coloring of the sound. I suppose everyone can try it and choose for themselves. If you don’t like it, there are always two other modes you can use.

But what about the elephant in the room – how do different tubes affect the sound of a tube stage?

Initially, I reviewed Schiit Freya+ using only factory-provided JJ tubes in all positions. To continue into this section, you only need to know that four tubes are grouped into two stages. Two tubes on the left belong to the buffer stage, while two tubes on the right belong to the gain stage. Why is this important? Because while tube rolling you need to think in pairs. The pair on the left has to be matched, and the same is true for the pair on the right. That said, these pairs don’t need to be matched with each other, in fact, they don’t even have to be from the same manufacturer. This actually opens more room for mixing and matching, and here I’ll share my own experience. So, aside from the JJs, I’ve bought matched NOS Sylvania 6SN7GTB, as well as a new and matched LinLai 6N8P CV181.

Buffer JJs, Gain JJs – Schiit claims that JJs offers the best sound quality of all the tubes they tested and that’s why they bundle them with the preamp. To my ears, putting JJs in all positions create a sound that’s thins and aggressive in the midrange. The instruments sound very clean, strings sound especially clean and energetic. But most instruments lack a bit of fullness and body. Vocals are spitty, especially female ones.

Buffer Sylvania NOS, Gain Sylvania NOS – This combination offers a very different sound. The bassline is equally weighty but the midrange is much more natural, fuller, softer in that upper section, and without aggression. Some clarity and energy of JJs is definitely lost. Vocals are full-bodied, more in the room, and without sibilance. Much better. The instruments sound fuller and more correct tonally, but the separation suffers a bit, transients are slower, and the sound is more mellow overall. I do find this combination more musically enjoyable but some sacrifices were made to achieve that.

Buffer Sylvania NOS, Gain JJs – Don’t do this. You get a slower, more mellow sound of Sylvania mixed with the thinness and spottiness of JJs. Worst of both.

Buffer JJs, Gain Sylvania NOS – Now we’re talking. Energetic transients from the first combination are still there, but the thinness and spottiness are almost completely gone. Midrange fullness, and vocal and instruments palpability of the second combination is here too. This is without a doubt the most balanced and wholesome sound I’ve heard so far. We have a winner.

Buffer JJs, Gain LinLai – This is basically a very similar combination to the previous one. LinLai has most of the qualities of Sylvania NOS but its bassline is a bit more bloomy, while highs are a touch rolled off when directly compared to Sylvania. This makes for a slightly warmer, bloomier, and darker sound signature. Just like with Sylvania, the gain stage is the best place for this tube. In the end, I did prefer Sylvania NOS as a more neutrally balanced option, but this is a good alternative if you like this tonality or simply want to go with a new production model.

Rotel RC-1572 MKII is a similarly priced preamp of a traditional brand that sells through traditional distribution channels. Rotel’s sound signature is neutral but also not that involving. Dynamics and soundstage are somewhere in between Freya’s passive and buffered stages, but it feels like Freya resolves slightly more details from the recordings. Once you engage the tube mode, Freya+ starts sounding bigger, more three-dimensional, and more dynamically engaging. Rotel’s preamp comes fully loaded with a digital section and that’s a bonus for sure. Comparing only their preamp capabilities, however, I feel that Freya+ has a clear edge.

Acoustic Invader preamp comes from a truly small Serbian manufacturer, costs 1400 EUR/USD, and is also sold directly to customers as Schiit does. This preamp is also fully balanced but based on J-FET functioning in class A. Acoustic Invader preamp manages to spread both wider and deeper soundstage with more empty space between the instruments. It also offers better bass slam, and this is especially noticeable in a highly energetic but very nimble midbass. Freya+ in its tube mode sounds very weighty, but slower and almost thumpy in a direct comparison. It can match the sheer speed of Acoustic Invader when it’s in buffered or passive mode, but then it can’t match its fullness and overall richness. Moving away from the bassline, Acoustic Invader is capable of very clean midrange and high frequencies. Freya can sound a bit grainy in a direct comparison. Using tube mode and better tubes can negate this trait a lot, but even then it never fully matches the squicky clean nature of Acoustic Invader. In this duel, I give a clear edge to AI and I was at no point thinking of replacing it with Freya+.

Schiit Freya+basically packs three different stages inside, and tube one offers almost infinite tinkering options. With proper tubes in proper places, it sounds very good too. The launch price of Freya+ with four tubes was $899 if I remember correctly, but sits at $1099 while I write this. But you’ll probably spend more getting at least one more set of tubes. Nonetheless, I feel that Freya+ is a truly good value on its home turf, the US. On the other hand, piling costs of shipping outside of the US brings its price too close to some more capable European competition, especially with this latest price hike. 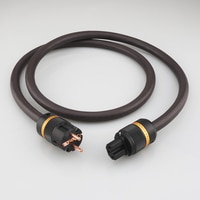