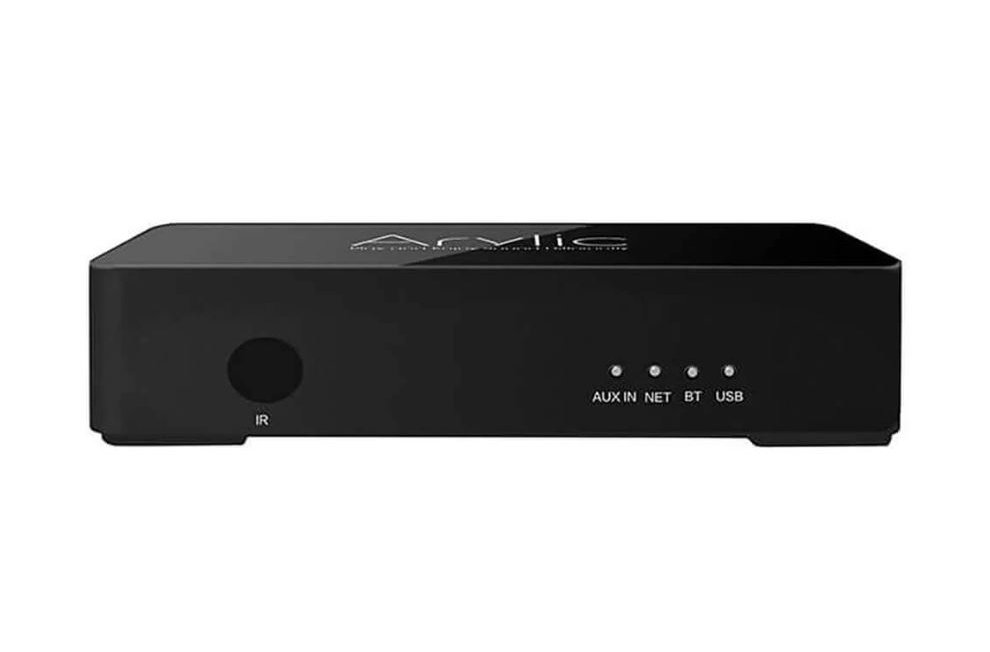 If you ever wanted to take a PC out of your audio chain, but you didn’t want to spend a pretty penny on upmarket streamers, Arylic S10 might be just the thing you’d want to consider. It’s not just a streamer either but it comes with integrated D/A converter.

Arylic S10 comes in a really small box, not unlike those used to house Raspberry Pi boards. It looks quite simple but stylish, with sides made of matte aluminum and the glossy top that looks like some sort of acrylic material.

There are no command buttons or switches in the front, just a LED and IR receiver that might trick you into thinking it’s a button (yes, I admit trying to press it). Things get more interesting when we take a look at the back, where all of the connections are located. On the input side of things, there is an Ethernet port if you choose a wired approach to connect Arylic S10 to the network instead of Wifi that’s also supported. Next, there’s a USB port that is used to connect external storage (hard drive, USB flash, etc.) and it can’t be used to connect an external DAC. Lastly, there is an AUX input which is basically an analog 3.5 mm stereo jack.

Regarding outputs, things get very simple and very limited since there’s only one. Analog out in form of a 3.5 mm connector is used and you can hook this to your amp, headphone amp, or active speakers directly. This is all nice and peachy if you have no desire to use an external DAC since you can’t as no digital output of any sort is present. This budget streamer is meant to be used only with its own internal D/A converter so if you need a digital streamer to pair with another DAC, you’ll have to look elsewhere.

Arylic S10 is full of useful features and I’m not going to even try to cover all of these in detail since it would take forever. I’ll mention the most important ones and how they worked during the test instead.

First of all, you can clearly store your music files anywhere on your local network (NAS for example) or attach a storage device directly to the USB port. You can also use all of the major streaming services like Spotify, Tidal, and Qobuz. TuneIn and internet radio stations are also on board. Moreover, it supports Bluetooth 5.0 and DLNA too. Impressive feature list without a doubt, but what’s even more impressive is that everything I tried simply worked as it should, without any glitches and effort on my side.

I tried playing music from a USB stick, from my phone using DLNA and UPnP, and using Tidal. In all of the cases, Arylic S10 treated me with a very listenable and well-rounded sound. The first thing I noticed is that it sounds pleasantly full without dreaded digital harshness. There’s no emphasis on any part of the frequency spectrum which makes this little unit very neutral sounding. Detail retrieval is very decent too but not at the same level as we’d come to expect from a stand-alone DACs at this price point, but that would be a bit too much to ask for anyway.

A quick comparison with Dragonfly Black (not a competition in any way but just something I had at hand) showed that this little stick and S10 are in the same class regarding overall sound fidelity. That said, Black has more “in your face” presentation and sharper higher register. S10 on the other hand offers laid laid-back and smoother approach.

Quick face-off with Topping E30 showed that this more expensive and DAC-only device offers more details and wider sound-stage, but that was fully expected.

All in all, Arylic S10 proved to be quite capable and well-balanced performer for a streamer and DAC costing just around 80 bucks. Dragonfly Black level of performance is nothing to frown upon and means this little unit is capable of outperforming basically any integrated PC, laptop, or tablet audio solution out-there.

There are a few use cases I can think of that could use S10’s talents very well. One of them would be to just add a set of decent active speakers. It could make for a nice space-saving system. The kind I’d be happy to use as a B system, let’s say in a bedroom. I could also easily recommend it to a non-audiophile friend who just wants a simple, affordable, yet decent sounding system, without a shelf filled with separates.

Lack of digital outputs prevents it from being used as a digital streamer only, so it can’t be further improved by adding an external DAC. But to be honest, this unit is not intended to be used in a more advanced HiFi system anyway. That said, Arylic S10 proved to be a very versatile device. It’s well made, nice looking, loaded with modern features, easy to use, and offers very decent sound quality. Taking its cost into account, I believe it would be rude to ask for anything more. 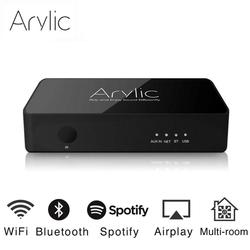 14 thoughts on “Arylic S10 streamer with a DAC review”